A New Species of the Genus Orthotrichia (Trichoptera, Hydroptilidae) from Korea

In the family Hydroptilidae, Trichoptera, 11 species in 3 genera, Hydroptila Dalman, 1819, Oxyethira Eaton, 1873 and Stactobia McLachlan, 1880, have been recorded from the Korean Peninsula but, until now, no species in the genus Orthotrichia Eaton, 1873. In this paper, we describe a new Korean species, Orthotrichia coreana sp. nov., based on adult specimens from the middle reaches of rivers in the southern region of the peninsula. This species is similar to O. iriomotensis Ito, 2013 from the southernmost region of Japan, but is clearly discriminated from the latter by features of the male and female genitalia.

In the family Hydroptilidae Stephens, Trichoptera, 11 species in 3 genera, Hydroptila Dalman, 1819, Oxyethira Eaton, 1873 and Stactobia McLachlan, 1880, have been recorded from the Korean Peninsula (Botosaneanu, 1970; Kumanski, 1990; Hwang, 2005), but no species of the genus Orthotrichia Eaton, 1873 are known from this area. This is surprising, since Orthotrichia is found in all biogeographic regions except the Antarctic and is one of the most diverse and widespread of hydroptilid genera with more than 240 species described (Morse, 2015). The larvae of this genus live in both standing and running waters (Graf et al., 2008). As far as we know, 14 species of Orthotrichia are known to occur in the Asian Far East, i.e., in Russia, China and Japan (Arefina, 1997; Arefina et al., 2002; Yang et al., 2003; Zhou et al., 2010; Ito, 2013). Here we describe a new species of Orthotrichia, based on adult specimens collected in the southern region of the Korean Peninsula.

Male and female genitalia were figured after treatment in dilute KOH. Morphological terms follow Wells (1979) and Marshall (1979). Type series of the new species are deposited in the collection of the National Institute of Biological Resources (NIBR, Korea). All specimens are preserved in 80% alcohol.

Diagnosis. The male of this species is similar to that of Orthotrichia iriomotensis Ito, 2013 (described from Iriomotejima, in the southernmost region of Japan), in the general shape of the inferior appendages and posterolateral process of segment IX, but differs in that (1) the right anterolateral margin of segment IX is not produced anteriorly (strongly produced anteriorly in O. iriomotensis); and (2) the paramere has a membranous swelling at basal half (the paramere lacks such bag in O. iriomotensis). The female also resembles that of O. iriomotensis in having a flattened long ventral process and 12 sinuate marginal setae on segment VIII, but is clearly distinguished from the latter by the sinuate sclerotized distal margin of segment VIII. 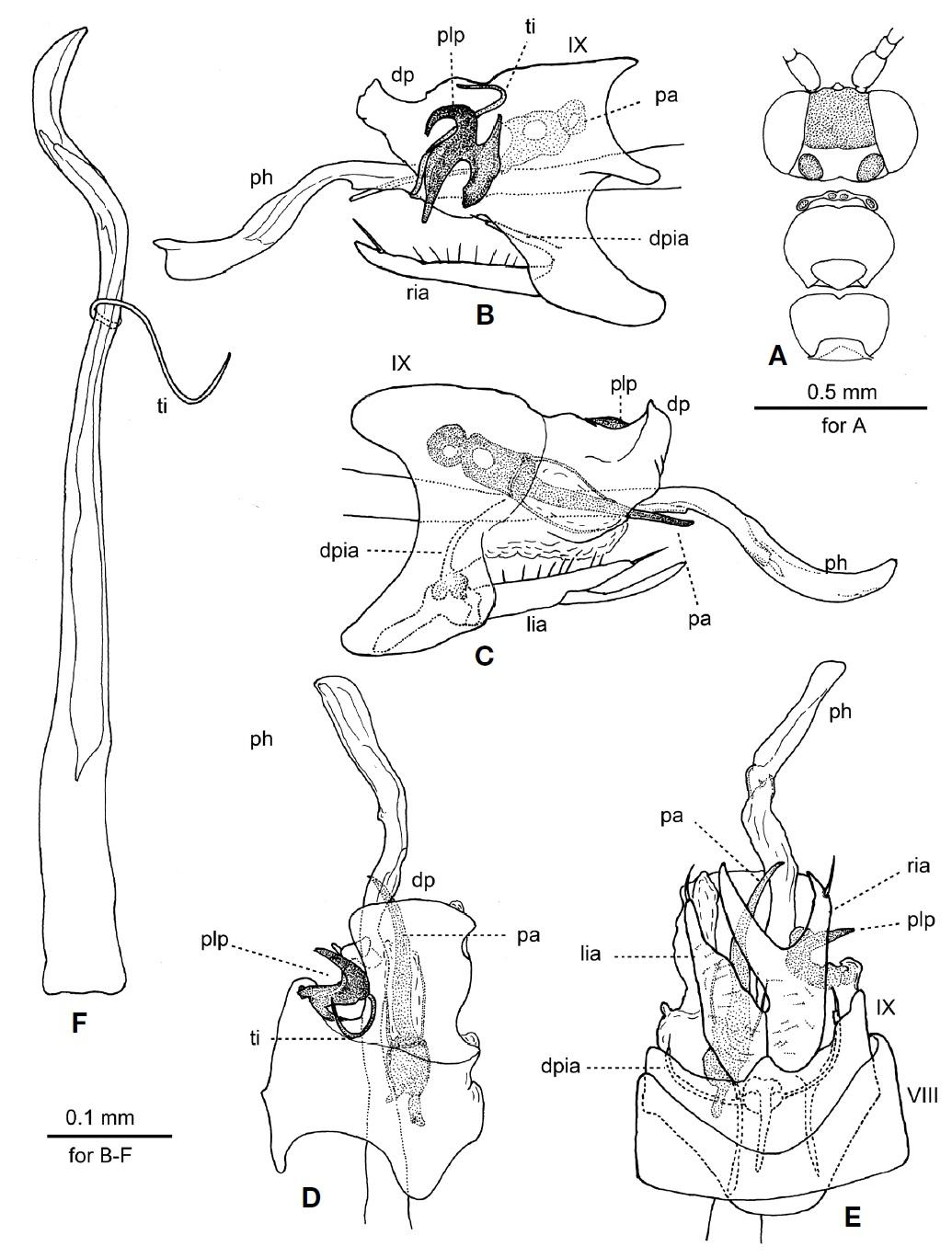 Etymology. The species name refers to the name of the country where this species was collected.

Habitat (Fig. 3). Adults are found along the middle reaches of streams. Our collecting site is located near Unmun Camping Area and 5 km away from the Ecological and Scenery Conservation Area of Mt. Unmun designated by the Korean government. The bankfull width is about 50 m and the channel width is about 10 m. 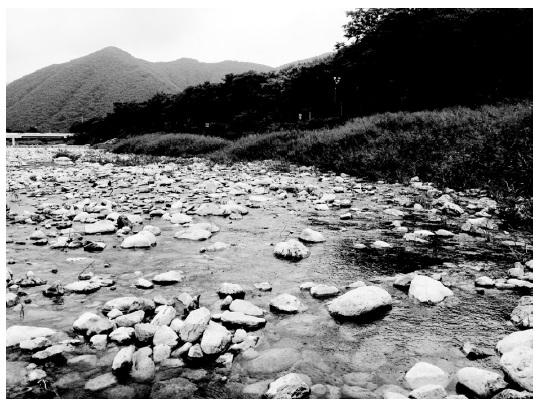