Based on Deutsch assumption, a calculation method on the electric field over the ground surface under HVDC transmission lines in the wind is proposed. Analyzing the wind effects on the electric field and the space charge density the existing method based on Deutsch assumption is improved through adding the wind speed to the ion flow field equations. The programming details are illustrated. The calculation results at zero wind speed are compared with available data to validate the code program. Then the ionized fields which resulted from corona of ±800kV HVDC lines are analyzed. Both the electric field and the current density on the ground level are computed under different wind direction and speed. The computation results are in good agreement with measurements. The presented method and code program can be used to rapidly predict and evaluate the wind effects in HVDC transmission engineering.

Corona discharges usually occur around the high voltage overhead transmission lines. The space charges created by AC corona are constrained to the vicinity of conductors because of the periodical reversal of electric field. However, the charges created by DC corona fill in the entire space and drift toward either the conductor of opposite polarity or the ground plane. If the space charges move to the ground plane, the ground-level electric field will be enhanced and can be several times larger than the space-charge-free electric field. Such fields are called ion flow fields.

(1) The field is two-dimensional. (2) Drifting particles are positive around the positive conductor and negative around the negative one. The particles over the ground surface are either positive or negative and the ion flow field is unipolar. (3) The thickness of the ion layer is negligible, and the electric field at the conductor surface remains constant which is the corona onset value. (4) The diffusion of the ions is neglected, and the ion mobility keeps constant.

where ρ is the space charge density, w is the wind speed, ε0 is the permittivity of air, and K is the ion mobility.

The above equations describe a positive ionized field. In the region filled with negative charges, Eq. (2) can be rewritten as J = ρ(−KEs + w)

Moreover, according to (2) the wind may well change the ion current density through changing the moving speed of space charges as similar as Es does. Historically, Beaufort wind force scale provides an empirical description of wind speed based on observed sea conditions. Table 1 illustrates the wind speed and the ground state from level 0 to 7. Apparently, the wind speed is comparable with the charge moving speed in the ion flow field. Thus its effects should not be ignored. 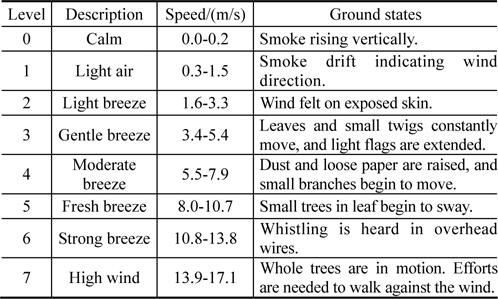 3. Solving Method on the Field

According to the Deutsch assumption, the space charges affect only the magnitude of the electric field rather than its direction. Therefore,

where E is the space-charge-free electric field, A is a scalar function depending on the distribution of space charges.

The field flux lines are not changed by the presence of space charges in Deutsch assumption, so

where s is the distance along the flux line of the space-charge-free field.

The space charge density along the flux line may also be derived in a similar way. From (2) and (3),

where V0 is the onset voltage of corona, Ae is the value of the scalar function A at the conductor surface.

The boundary value problem defined by (9), (11), (12) and (13) has no analytical solutions and it should be solved numerically.

Referring to the program described in [4] which has been validated and now widely used in electric power engineering survey and design in China, a program solving the boundary value problem considering wind effects is coded to calculate the electric field over the ground surface under HVDC transmission lines shown in Fig. 1. U is the voltage applied to the conductors, N is the number of subconductors of each bundle conductor, R is the radius of each subconductor, D is the bundle span, L is the polar span and H is the height of the bundle conductor axial. The programming details are described as follows. 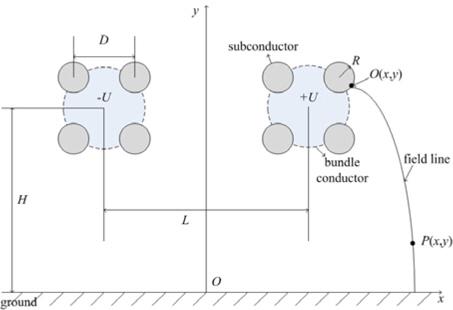 Fig. 1.Configuration of the transmission lines

1) Calculation on the Space-Charge-Free Electric Field: The bundled conductors are usually used in HVDC transmission lines. We use the successive image method to calculate their space-charge-free electric fields as in [16].

where Ex and Ey are the field strengths in x- and y- direction.

Suppose a point P(x, y) is on the electric field line and its close point is P′(x′, y′) . Taking the length along the field line as a step the coordinates of P′ are expressed as

3) Calculation on the Corona Onset Voltage: The corona onset field strength Eon of each subconductor in the transmission line is calculated by the formula in [17]

where Eon is measured by kV/cm, m( 0 < m ≤ 1 ) is the roughness coefficient of the conductor surface which reflects the environment influence on corona discharge, and R(cm) is the subconductor radius. Eq. (16) is obtained by modifying the empirical formula proposed in [18] according to the practical transmission lines in China and m is taken as 0.5 by many tests.

When the maximal field strength Emax of each subconductor surface reaches to Eon, the corresponding voltage is the corona onset voltage. From (4), the scalar function at each pole surface is

where is the average value of Emax. If the transmission line uses two bundle conductors, and the maximal field strengths on their surfaces are Emax1 and Emax2 , then The corona onset voltage is described as V0 = AeV , where V is the voltage applied to the transmission line.

4) Calculation on the Electric Field over the Ground Surface: To obtain the electric field at P(x, y) over the ground surface, (9), (11) and (12) are solved by the secant method.

a) Calculate the potential at P(x, y) and determine the electric field line through this point and the intersection point O(x, y) of this line and the pole conductor surface. Ae at O(x, y) is calculated by (17).

b) Two initial values of the charge density at O(x, y) are chosen as ρe1 and ρe2

where f1 and f2 are positive constants and their values can be chosen freely. Here we adopt f1=1.5 and f2=3 which can make the computation have a faster convergence. ρm is the average charge density [2].

e) According to c), and Ap3 corresponding to ρe3 are obtained. If the following equations are satisfied, then ρe3 is the estimated true value of charge density

f) Using the true value of the charge density, the electric field and the ion flow density at P(x,y) are calculated out by (1)~(3).

Using the above programming method, a program has been coded by MATLAB. By setting w = 0 , the program is used to calculate the model in Fig. 1 where U = 500 kV, R = 2.37 cm, N = 4, D = 45 cm, L = 14 m and H = 12.7 m. The calculation results on the electric field over the ground surface are shown in Fig. 2, which are in agreement with the results in literature [14], but are a bit different from experimental data. This is mainly attributed to neglecting the different corona characteristics of positive and negative conductors. In addition, the accuracy of experimental data is limited by the test equipment and the environment conditions. 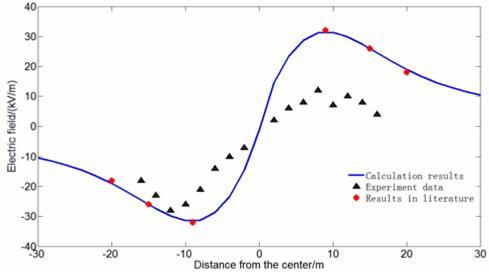 Fig. 2.Comparison on the calculation results and experimental data without wind

Inclusive of the wind, the calculation results are compared with the experimental data of ±800 kV HVDC transmission lines at the National Engineering Laboratory for Ultra High Voltage Technology (Kunming) in China Southern Power Grid. R =1.68 cm, N=6, D=45 cm, L=22 m and H =18 m. Fig. 3 and 4 show the calculation results on the electric field and the ion current density on the ground level.

In the experiments of measuring the fields, the wind speed and direction were not very stable. The wind speed was kept in the range of 1-3 m/s. The wind remained nearly the same direction blowing from the negative pole to the positive one in two hours. The measured values shown in Fig.3 at the same point varied randomly.

From Fig. 3, when the wind direction changes, the electric field at a distance of more than 20 meters from the center varies greatly. When the wind blows from ‘−’ pole to ‘+’ pole, w is assumed to be positive, and we find that the absolute values of the calculated fields under ‘+’ and ‘−’ poles have different variation tendency. They become larger under ‘+’ pole and smaller under ‘−’ pole with the increase of the wind speed. When the wind direction reverses, the variation tendency is opposite to the situations above.

We have presented the boundary value problems based on the Deutsch assumption and coded the calculation program on the electric field and the ion flow density caused by HVDC transmission lines in the wind. The conclusions are as follows.

(1) The wind has little effect on the electric field within a certain distance from the center of the transmission lines, while the ion current density on the ground level is easier to be affected by wind. And ion current density tends to grow with the increase of wind speed. (2) On the lateral sides from the center, the effects of wind speed and direction on the electric field are different under positive and negative conductors. As an external force, the wind tends to move the space charges. The ion current density decreases under the negative pole and increases under the positive pole. (3) The research work in this paper can also be expanded to evaluate other environment effects concerning dust and atmospheric pressure on HVDC transmission line by the method based on Deutsch assumption.