This paper describes analysis and experimental characterization of low speed direct drive fractional slot concentrated winding (FSCW) surface permanent magnet synchronous motor (SPMSM) with consequent pole (CP) rotor, for which studies have been recently performed. The proposed motor, which consists of 30 poles and 36 slots, is analyzed and characterized by extensive 2D finite element analysis (FEA) and together with 3D FEA for an appropriate PM overhang length design. The validity of the analysis is confirmed by the corresponding experiments which fully characterize the proposed motor with excellent agreement between the FEA and the experiments. Thermal stability is also experimentally examined to determine continuous operating points and instantaneous operating points of the proposed motor. It is highly expected that the proposed motor is applicable for low speed direct drive applications.

For low speed high torque applications, combination of a motor and a reduction mechanism has been being used for many years. However, this conventional mechanism consists of wear-prone components which cause noise/vibration, maintenance, and energy conversion loss, etc. Due to the recent advance in power electronics, position sensors and high energy permanent magnet (PM) materials, PM direct drive motors have been gradually expanding their roles in various industries.

A fractional slot concentrated winding (FSCW) surface permanent magnet synchronous motor (SPMSM) topology has been considered as the most suitable for low speed direct drive applications due to low torque ripple and short end-turn winding length. In general, this particular type of motor has a large diameter rotor with high number of poles to maximize torque density by reducing magnetic flux path, however, a large amount of rare earth PM is needed.

Due to the recent price surge and unstable supply of rare earth materials, FSCW SPMSM with consequent pole (CP) rotor has been introduced and studied to reduce the amount of rare earth PM. It is reported that it can realize high number of poles, high torque density and low torque ripple which are typically required for low speed direct drive applications. However, to remove magnetic unbalance caused by CP rotor, a special pole-slot combination and winding connection are required [5, 6]. To avoid magnetic leakage problem which is also caused by CP rotor, mechanical components of non-magnetic material has to be carefully implemented [7, 8].

This paper describes analytic and experimental characterization of a 30pole-36slot FSCW SPMSM with CP rotor based on the previous studies. This paper performs extensive 2D finite element analysis (FEA) for the theoretical characterization and 3D FEA to determine an appropriate PM overhang length to compensate output torque loss, which can be possibly caused in a thin profile motor. For the effective reduction of cogging torque and torque ripple, an appropriate skew angle is chosen through step skew modeling technique combined with 2D FEA [9]. A prototype is fabricated based on the analysis, the validity of the analysis is experimentally verified and thermal behavior of the prototype is also experimentally examined to ensure continuous operation points. 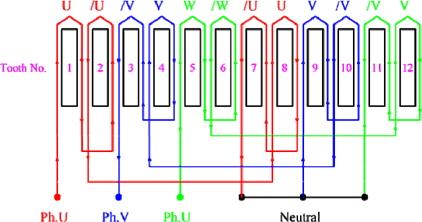 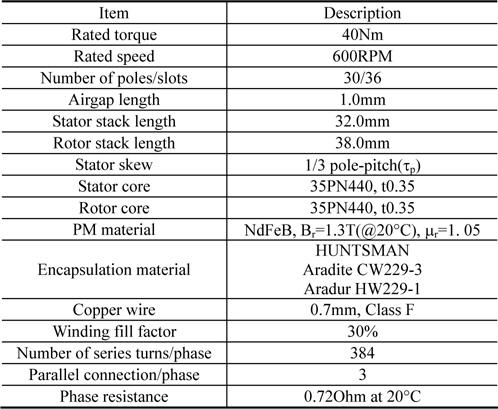 Due to the characteristics of the direct drive motor to which load is directly connected, reduction of cogging torque and torque ripple is an important design concern. For the ripple reduction of the proposed motor, step skew modeling technique combined with 2D FEA is performed to consider the skew effect [9]. Especially for a thin profile motor like the proposed one in this paper, it often needs an appropriate PM overhang since the stator stack is merely 32mm, which is quite thin when it is compared to the overall size. In the thin profile geometry, it can be observed that a significant difference between 2D FEA results and experimental results. For this reason, 3D FEA is selectively performed in this paper to determine the PM overhang length so that the 2D and the 3D FEA results have almost the same rms values in no load induced phase voltage. For the convenience of analysis, the 3D FEA is performed for the relatively simpler geometry without stator skew and its result is compared with the 2D FEA result in the PM overhang design.

As shown in Fig. 3, the 2D FEA is compared with the 3D FEA with/without PM overhang, respectively. A 6.0 mm PM overhang is chosen as listed in Table 1 since the rms no load induced phase voltages obtained from the 2D and the 3D FEA are practically the same as compared in Fig. 3. 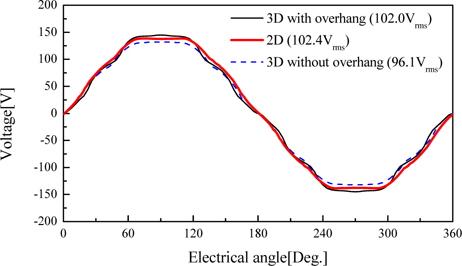 Fig. 3.Comparison of no load induced phase voltages according to PM overhang lengths at 600RPM.

As shown in Fig. 4, from the combination of the number of poles/slots, the period of the cogging torque is 1/6 pole-pitch (τp) which is corresponding to 30 electrical degrees. Consequently, the skew angle is acceptably good enough to reduce the cogging torque if it is an integer multiple of 1/6τp. It can be seen that the 1/6τp skew and 1/3τp skew have the same effect on the cogging torque reduction as mentioned above. 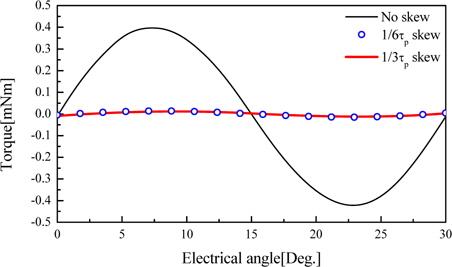 Fig. 5.Comparison of no load induced phase voltage waveforms according to stator skew angles at 600 RPM. 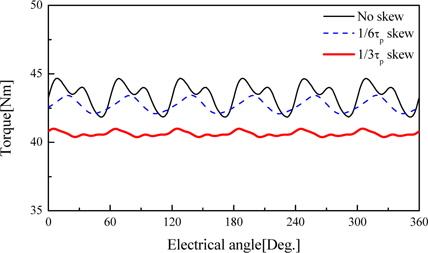 Table 2.Comparison of FEA results according to skew angles

Based on the analysis, the prototype for the experimental verification was fabricated as shown in Fig. 7 where the CP rotor structure can be seen on the lower left corner. Fig. 8 compares the no load induced phase voltage waveforms at 600 RPM. It can be seen that the measured no load induced phase voltage matches well with the 2D FEA due to the reasonable PM overhang design determined by the 3D FEA. Fig. 9 compares current vs. torque characteristics obtained by the 2D FEA and the experiments, showing good linearity of up to 300% of the design-rated torque. 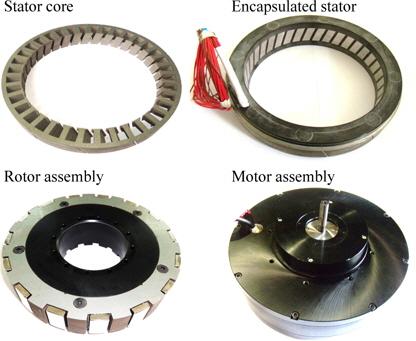 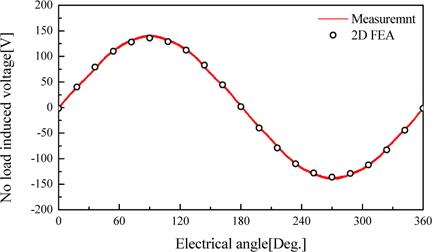 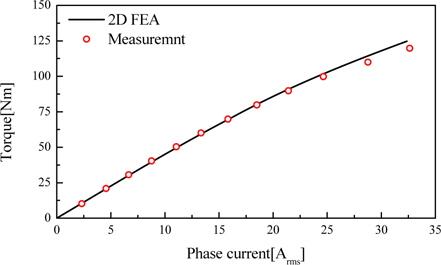 It is arguable, but generally, accepted that near-zero maintenance is one of the advantages of direct drive motors. However, lifespan and continuous output power are closely related to winding temperature. Therefore, thermal characteristics of direct drive motor has to be examined with care.

A typical direct torque motor is subject to frequent acceleration and deceleration. In other words, it needs to operate from continuous operating region to instantaneous operating region frequently without any electrical, mechanical, and thermal damage. Therefore, stator encapsulation, which securely puts stator core and windings together, is often preferred in many direct drive motors since this kind of motor has to withstand mechanical and thermal loading with near-zero maintenance. It should be noted that the encapsulation also provides thermal conduction path from the winding to the stator core and other mechanical parts which face the ambient air. For this reason, the stator assembly of the prototype was encapsulated with epoxy resin as shown in Fig. 7. 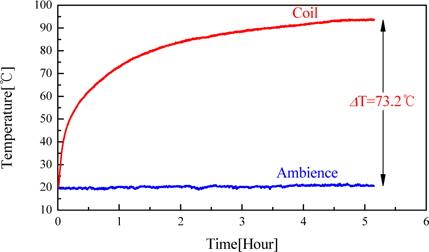 However, it is observed that the prototype needs 3% more of phase current to generate 38Nm at 600RPM when compared with the data shown in Fig. 9 due mainly to PM temperature rise. Considering the PM temperature coefficient which is −0.10 % /℃, the estimated PM temperature rise is around 30 degrees. 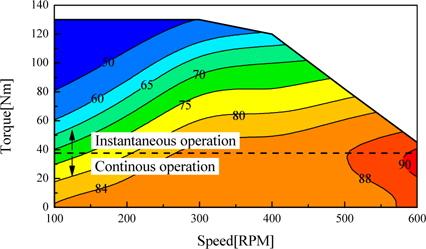 This paper proposed and characterized an FSCW SPMSM with CP rotor for low speed direct drive applications. For the theoretical characterization of the proposed motor, extensive 2D FEA was carried out in the magnetic field computation together with 3D FEA for the PM overhang length design. The validity of the analysis was carefully examined and confirmed by the corresponding experiments which showed excellent agreement. The thermal behavior of the proposed motor was also experimentally investigated to ensure the continuous operating region in the efficiency map. It was confirmed by the experiment that the maximum efficiency over 90% can be achievable at the design-rated output power of 40Nm and 600RPM.

With all the general characteristics shown both analytically and experimentally, the proposed topology can be of interest in low speed direct drive applications since it offers sinusoidal no load induced phase voltage, low cogging torque, low torque ripple, good current vs. torque linearity up to 300% of the rated torque, and high efficiency as well as good thermal stability under the continuous operation at the rated state.

Noting that the CP rotor geometry which increases saliency, the proposed topology can be possibly applied for electric vehicle traction. Maximum torque per ampere control and field weakening capability will be further investigated in the future.