Diesel engine generators are widely used in the world, especially in remote site power systems as distributed generators. A weak distribution feeder with a small diesel engine may suffer from voltage and power fluctuations due to misfiring of the engine cylinder. In this study, new generator model with example engine torque was developed for the electromagnetic transient analysis program for power systems named XTAP. The configuration and verification results of the developed model are presented in the paper. The model is considered to be useful for analyses of small power systems with those diesel engines.

Diesel engine generators are widely used in the world, especially in remote site power systems as distributed generators. A weak distribution feeder with a small diesel engine may suffer from voltage and power fluctuations due to misfiring of the engine cylinder. In order to investigate effects of these phenomena to electric power quality in conditions similar to actual power systems, electromagnetic transient (EMT) analysis is very useful.

XTAP is concidered to be useful to simulate those small power systems with existing problems. In this study, a new diesel generator model with fluctuating engine torque was developed using XTAP. The configuration and verification results of the model are described in this paper.

The newly developed diesel generator model for XTAP is composed in the form of Voltage-Behind-Reactance (VBR) model.

The sub-transient inductances for d- and q-axis are assumed to be non-salient here for simplicity, because the purpose of this study is basic consideration of fluctuating mechanical torque of diesel generator, not of detailed modeling of synchronous generator.

In the developed model, the voltage source e'' is connected to the system through the sub-transient inductance L'' and the armature resistance Ra in abc phase domain. Since diesel generators are salient machine for transient time domain, single d-axis and single q-axis damper winding were into consideration. The magnetic saturation characteristics were also included in the model.

The equations used in the developed model are given in this section. The variables for the armature circuit are calculated in SI values. For the other variables, per unit representations are used. The base values are the generator rated capacity, the rated terminal voltage, and the rated rotational speed.

Stator voltage equations in abc phase are given by

where Ra is the armature winding resistance (Ω); ea, eb, and ec are the generator terminal voltage in abc phase (V); ia, ib, and ic are the armature current of each phase (A). Symbol p denotes time derivative operator as shown in

where id and iq are the d- and q-axis armature current (p.u.A).

Per unit air-gap torque Te (p.u.Nm) is expressed by

The swing equations in per unit are given by

The base values for the per unit system for the air-gap fluxes is the saturated value of the air-gap flux when the machine operates with no-load at the rated rotational speed and the rated generator terminal voltage.

The magnetomotive force Hg (p.u.A/m) induced by the current imd and imq are given by

In the developed model, it is assumed that the d- and q-axis air-gap magnetic flux decrease in proportional to the saturation coefficient Ks1 compared to the unsaturated value. The second terms on the rightest sides of (21) and (22) represent the decrease amount due to the magnetic saturation.

Waveform of mechanical torque of diesel engine generator and its possibility for voltage flicker was thoroughly investigated in [4]. It concluded that the misfiring of the diesel engine has caused the flicker in that case study.

where NC is the number of cylinders. As for detail of the deriving the relation, refer to [4] and [5].

Among the common examples of the number of the poles, 6 and 8 are mentioned as the most sensitive frequencies for human perception in [4]. A diesel generator with 6 poles and 12 cylinders is considered in this study.

Some example waveforms of the engine torque are also available on [4]. The normalized engine torque for two revolutions shown in the Fig. 7 and the Table A.1, as well as the case engine torque with #7 misfiring in the Fig. 9 is used in the next section. The data of the Fig. 9 was derived by assuming the net torque of the misfiring cylinder to be zero; therefore, it is very large disturbance to the generator

The characteristics of the developed model were verified through some numerical simulations by use of XTAP.

The simulated system is shown in Fig. 1. A synchronous diesel generator model was connected to an infinite bus through a step-up transformer and long transmission lines. The step-up transformer was simulated by inductances, the infinite bus was by 3-phase sinusoidal voltage source. The mutual capacitances of transmission lines were neglected. The initial power flow condition and the per unit impedance are described in Fig. 1. The reference values of line voltage, capacity and frequency are 220 V, 100 kVA, and 60 Hz, respectively. 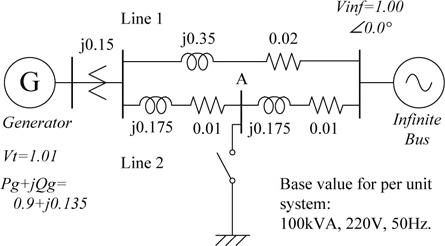 Generator constants are listed in Table 2. The base value of per unit system is the rated value of the generator: 220 V, 100 kVA, and 60 Hz. Since the one damper winding is considered in each of d- and q-axis circuit as mentioned above, there are no q-axis transient constants as Lq’ and Tq’. 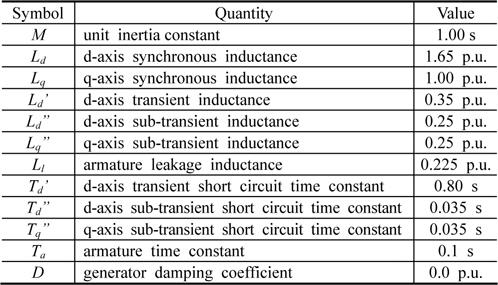 The generator was equipped with AVR and speed governor (GOV). Fig. 2 exhibits the block diagram of the AVR. It is one of the standard AVR models used for the power system analysis in Japan. The characteristic of the GOV was simply expressed by (24), where Tm0 is the initial value of the mechanical torque. Tm is the main body of the engine torque. The oscillation due to firing of cylinders was simulated as coefficients times to Tm.

Fig. 2.Block diagram of the AVR used in the simulation

It should be noted that there are many variations in characteristics of actual AVRs and GOVs for diesel engine generators. The individual controller model should be used when this diesel generator model is used for analyses.

Fig. 3 shows the simulated engine torque. The waveform was composed by combination of sinusoidal waves.

Fig. 3 (a) exhibits the composed engine torque accords with the data in [4]. Fig. 3 (b) shows the engine torque with misfiring of Cylinder #7. 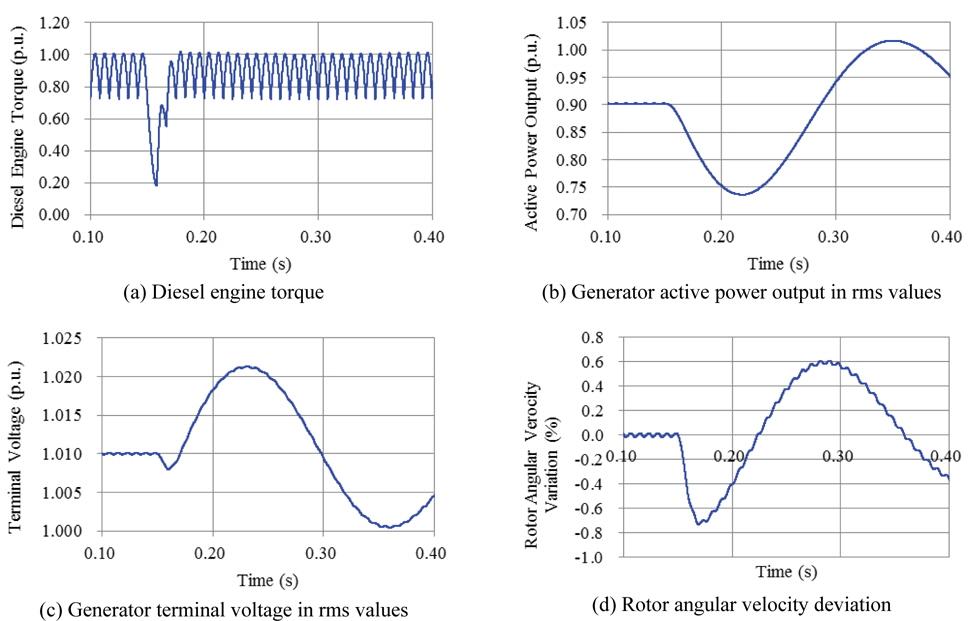 Fig. 4 (a) shows the waveform of the simulated torque. The large sag in the torque is caused by the misfiring of cylinder #7.

Fig. 4 (b) describes the resulting large disturbance in the generator active power output. The result indicates that the misfiring of cylinders may cause not only voltage flickers but also change in active power output and might leads to stability problem in a remote weak power system.

Fig. 4 (c) shows the generator terminal voltage. Before the misfiring, small oscillations due to normal mechanical torque fluctuation was successfully simulated. The voltage dropped by the misfiring and largely changed due to the active power imbalance.

In Fig. 4 (d), the rotor angular velocity variation and the oscillation due to the torque variation was observed. To simulate these oscillations in the shafts is also important to develop generator control systems such as GOVs and excitation control systems with the consideration of shaft noise.

Fig. 5 exhibits the simulation results of generator variables for 1 to 5 seconds to the engine torque oscillation including cylinder #7’s misfiring. 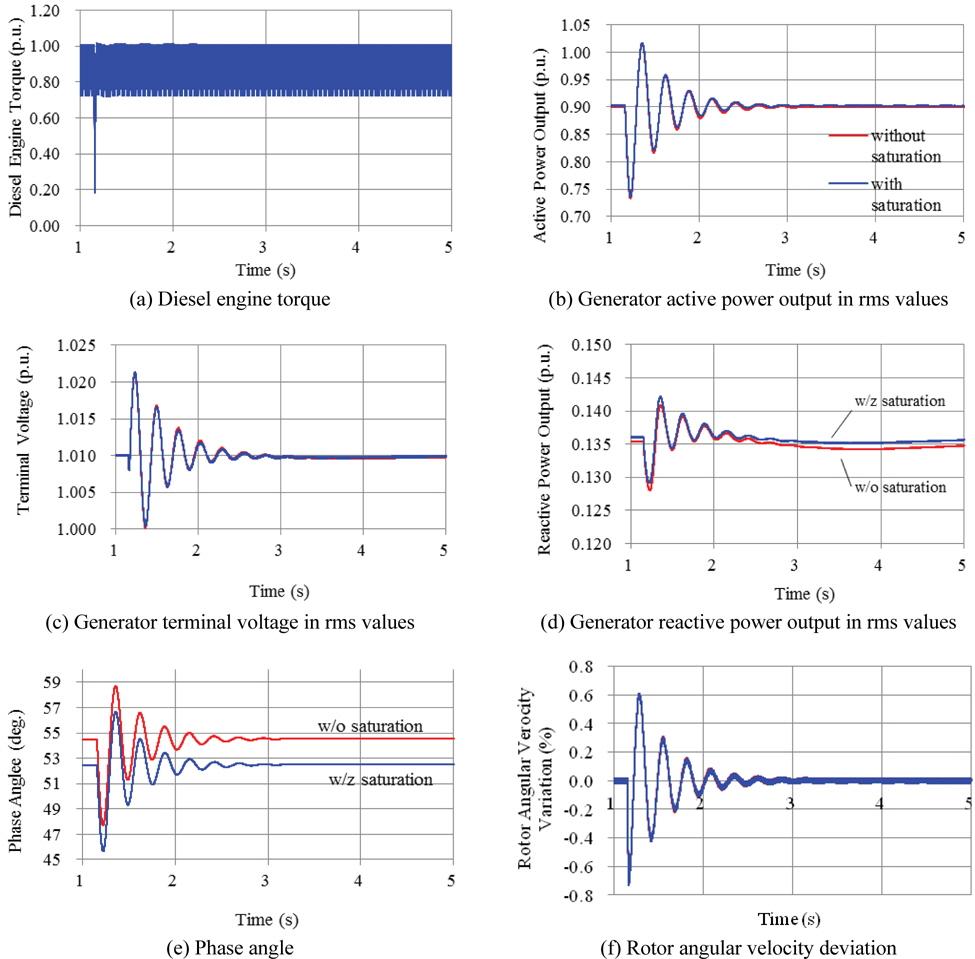 Fig. 5 (a) shows the waveform of the applied fluctuating engine torque. The misfiring causes disturbances to the power system as seen in the figures.

Among these simulations, the same reference values were given for the generator active power of Pg=0.9 (p.u.W) and the generator terminal voltage Vt =1.01 (p.u.V) as seen in Fig. 5 (b) and 5 (c), respectively.

On the other hand, little difference are seen in the variables involving the balance of the input and output torques such as the active power (Fig. 5 (b)) and the rotor angular velocity (Fig. 5 (f)) for this case.

Through these numerical simulations, it is confirmed that the developed diesel generator model can simulate fluctuating engine torque and magnetic saturation, and contribute to EMT simulations to asses effects of these phenomena to electric power quality. Investigation of these assessments in small remote sites or islanded power systems with several diesel engine generators using the developed model is a future work.

It was verified through the numerical simulations and comparison with the previous study that the model can simulate fluctuations in its terminal voltage and active power output due to the variation of engine torque.

The developed model is considered to be useful for analyses of small power systems with diesel generators. Effects of various fluctuating engine torque to electric power quality in remote sites or small islanded power systems should be investigated as a future work.