A railway security detection system is very important. There are many safety factors that directly affect the safe operation of trains. Security detection technology can be divided into passive and active approaches. In this paper, we will first survey the railway security systems and compare them. We will also propose a subway security detection system with computer vision technology, which can detect three kinds of problems: the spark problem, the obstacle problem, and the lost screw problem. The spark and obstacle detection methods are unique in our system. In our experiment using about 900 input test images, we obtained about a 99.8% performance in F- measure for the spark detection problem, and about 94.7% for the obstacle detection problem.

In order to prevent similar incidents from happening again, how to maintain a high-speed train’s safety is a very important issue. However, because of the train’s rapid speed, ensuring safety is very difficult. Firstly, when a train is running, if there are obstacles on a track, brakes need to have a short braking distance. Secondly, while running, a train operator cannot give a quick response. Thirdly, once a train is out of control, a huge level of kinetic energy will become a powerful destructive force, causing serious accidents. Although the world has done lots of research to ensure train security, accidents still occur sometimes. Therefore, how to ensure the safety of high-speed railways is an urgent and difficult technical issue [1].

Therefore, the research of new intelligent detection technology for railway safety can provide technical means to ensure safety and reduce the number of railway accidents, and it has significant socio-economic and academic value.

In this paper, first we analyze general railway security systems and compare their features, and then we also propose a specific solution using computer vision technology for subway train security problems: the spark, the obstacle, and the lost screw problem.

In chapter 2, we survey the railway security systems and compare them. In chapter 3, we propose a security detection system for the subway train. We show and discuss our experiment in chapter 4. Finally, in chapter 5, we make some conclusions.

In the world, even before the construction of high-speed railways, traffic safety for a passenger’s life and property was a high priority. High-speed railway security technology has been regarded as the forerunner of core technology. It has been improving continuously in practical applications.

Japan's Shinkansen, renowned for high security, has run for more than 30 years. The early automation system of train operation management includes traffic scheduling, vehicle scheduling, power dispatching, communication signal scheduling, and equipment scheduling. It is not only responsible for the management of line scheduling equipment and maintenance, but also for collecting data for weather and earthquakes, and other kinds of information about railways.

The French high-speed train has obtained a maximum test speed of 515.3km/h, which is the highest railway speed in the current world. The automatic train control system which is signal-based has shown gradual development from TVM-300, to TVM-400, and TVM-430. In the TVM-430 system, it increases equipment monitoring and alarm subsystems. Also it further strengthens the safety of train operation functions. The main functions are catenaries’ voltage monitoring, hot-axis monitoring, rainfall monitoring, snow monitoring, wind monitoring, and overpass falling objects monitoring [1]. Germany also used a fire alarm system on its high-speed railway. It not only monitors the application state of line equipment, but also identifies and promptly reports the impact of the environment on railway safety.

Many countries' railway operations have adopted the Railway Intelligent Transportation System (RITS), especially in developed countries. It is Intelligent Transportation System (ITS) technology which is applied in the field of railway transport applications and development. In the United States and Europe, RITS research and development has been ongoing for more than 20 years. It has resulted in a number of representative systems, such as the American Railway's Advanced Train Control System(ATCS), the French railways' continuous real-time automated tracking system, and Rail Europe's All the European Train Control System(ETCS) [2-4].

2.2 The Features of Security Detection System

Because high-speed railways have high speed and high traffic density, consequently there are high level requirements for the traffic safety system, which is characterized mainly in the following areas [2,5]:

1) Automatic exchange of information between a train and the railroad ground, with real-time transmission: When the train’s speed is over 160km/h, the operator cannot recognize signal displays and line states clearly. It requires more signal and line status information to be transferred to the train from the ground in real time.

2) Traffic scheduling has a unified command, and it can do real-time processing of security information and train operation under automatic control: The driving track interval of a normal speed railway is about 6~10 minutes, while the minimum driving track interval of a high-speed railway is up to about 3 minutes. At such high traffic density, it requires building a center which can do real-time monitoring, transmission, processing, and decision-making control of security information. It also has to unify command and control to ensure the security of train operations.

4) Real-time self-diagnosis on the status of critical equipment: Because high-density traffic requires equipment to run continuously, the power, communication signals, and other critical equipment must have a self-diagnostic function. It can transmit information to the traffic control center. And it has a security information processing center in time to ensure train operation safety.

For a railway security detection system, obstacle detection is important. According to current technology, there are two ways of detection: active and passive approaches [5-9].

First, active detection: It sends a signal to the location where obstacles are detected and detects the reflected back signal through sensors. It detects obstacles this way. Ultrasonic detection, laser detection, and radar detection are all active detection. The advantages of this method are as follows: It can accurately detect the location of obstacles. It uses simple algorithms. It needs little calculation. It is easy to implement, and is not effected by weather.

Second, passive detection: It is mainly about image detection which is based on computer vision technology, compared with active detection, it has many advantages: It’s non-invasive. It does not increase environmental noise. It has wide spatial coverage, and interferences will not occur among image sensors[10].

Now in the world, there are many kinds of railway security detection systems, and these systems have their own character. They also have advantages and disadvantages. For example, at a technical level, they use different kinds of computer vision technologies for detecting railway security problems. Also, the equipment used in their systems are often different. The Shinkansen security detection system uses inspection cars and sets up detection cameras on it. Next we will give some comparisons among these systems from different viewpoints.

Some technical features in the typical security detection systems are shown in Table 1.

In Table 2, there is the comparison of some features in the obstacle detection part of some railway detection systems

We propose a security detection system with computer vision technology for the subway train running in B city. A train takes many image shots by 7 mounted cameras as shown in Fig. 1 while it runs in the subway: two cameras for the electric car line, two cameras for the tunnel structure detection, two cameras for the track inspection and one camera for the real time monitoring. To monitor the security of a train, staff members currently look over each image from the huge image database after getting image shots from 7 cameras manually. As an initial research stage for the automation, we propose our security detection system. 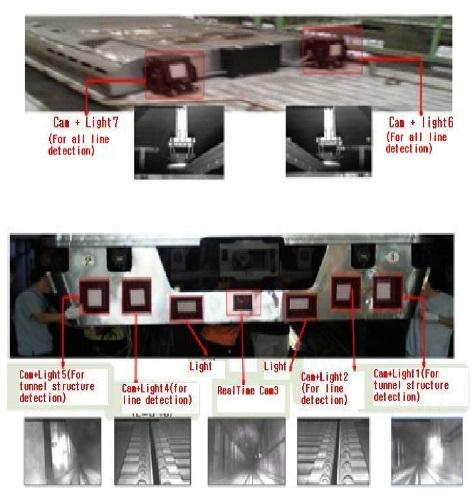 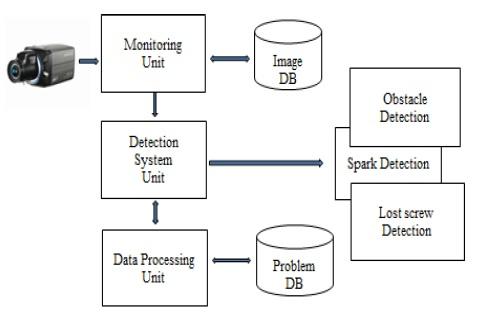 In the flowchart, there are some preprocessing operations. For example, in the obstacle and the spark detection cases, we must use image cutting operation on the test images. Also, in the lost screw detection case, the test image must firstly be converted into a grayscale image. Each problem case will be explained in the following subsections.

The spark problem always comes out at the top of train body when a train is running at high speed on a track, because of the friction of fixed metals as shown in Fig. 4. Sparks are more serious, because when sparks come out, they easily cause the non-metallic materials such as wire to be burned at the top of train body. If wire burns, the train will run abnormally, resulting in a greatly increased risk of traffic accidents. 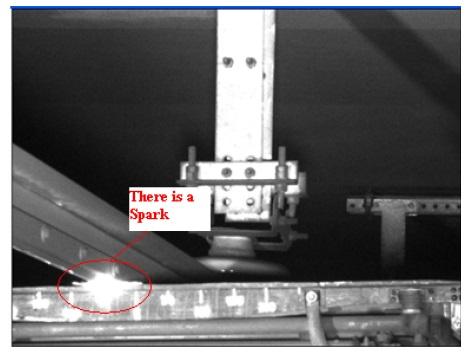 Fig. 4.Example of a spark image.

Therefore, when the train is running, the detection of sparks is very important and the problem areas must be inspected. The Fig. 5 shows the process of spark detection. An example of a spark after binarization process is shown in Fig. 6. 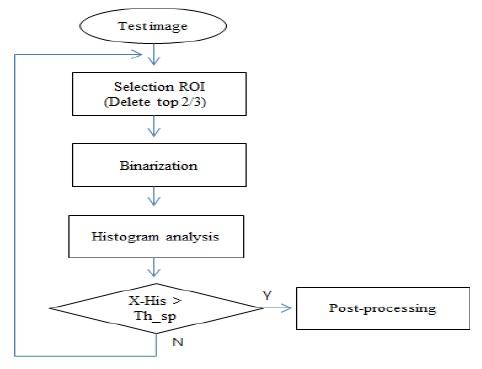 Fig. 5.Flowchart of the spark detection. 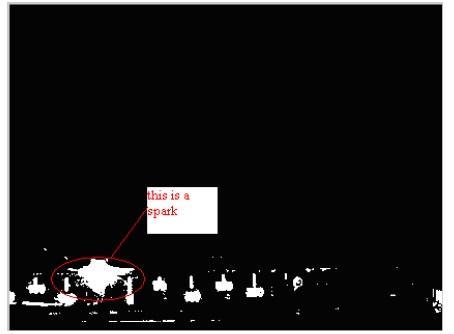 Fig. 6.Example of the spark image after binarization.

The processing steps of the spark detection are as follows: 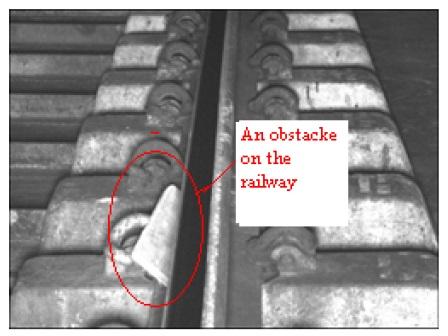 When we obtain a railway image like Fig. 8 from the monitoring unit, let us call the horizontal darkest lines among the crossties in the Figure as boundary lines. First, we find the boundary lines, and use them to split out the railway image into four part images like Fig. 9. Then we can detect an obstacle in the image. 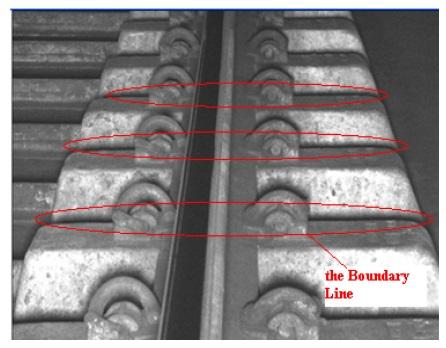 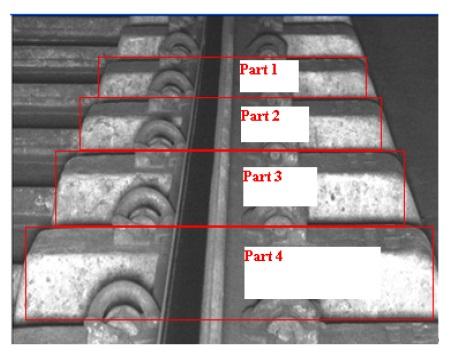 In Fig. 10, the obstacle detection process is described as the followings: 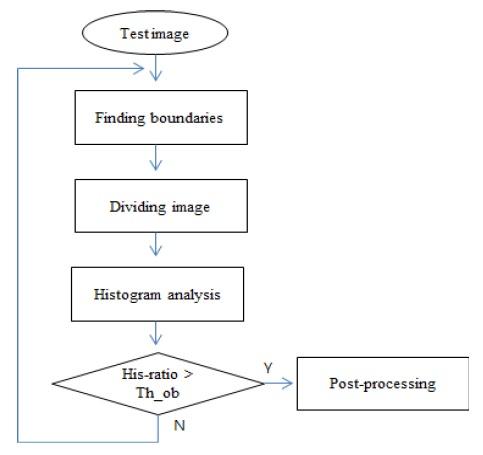 Fig. 10.Flowchart of the obstacle detection.

The processing steps of the obstacle detection are as follows:

To find obstacles, we can divide histogram into four areas. Two areas in left are called as LP1 and LP2, and two areas in right, as RP1 and RP2 as shown in Fig. 11. We can detect obstacles by using the ratio of each histogram area like an example in Fig. 12. 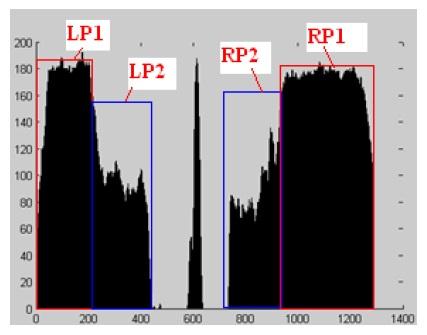 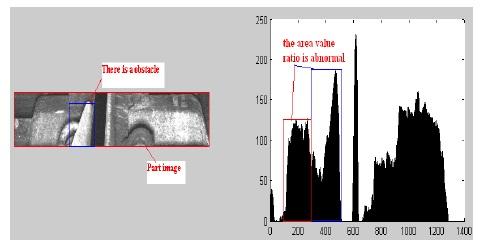 Fig. 12.The part of an obstacle image (left) and the corresponding histogram (right).

When the screw used for fixing track and railroad crosstie is lost, it is very dangerous because the track is not fixed. For the railway security, this kind of problem must be detected and solved. There are some kinds of typical lost screw cases: the examples of the left side lost and the right side lost are shown in Fig. 13 and Fig. 14, respectively. 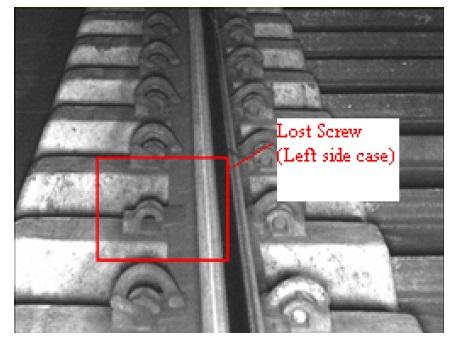 Fig. 13.Example of a lost screw on the left side track. 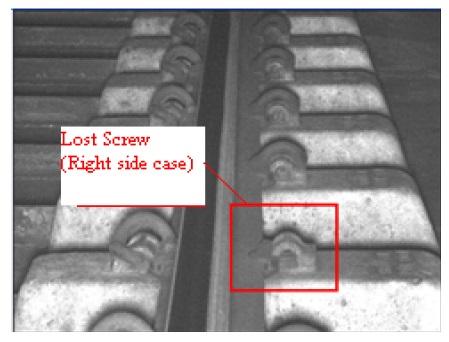 Fig. 14.Example of a lost screw on the right side track.

And we use the image template matching technology to detect the lost screws on the railroad. In Fig. 15, it shows the process of the lost screw detection. 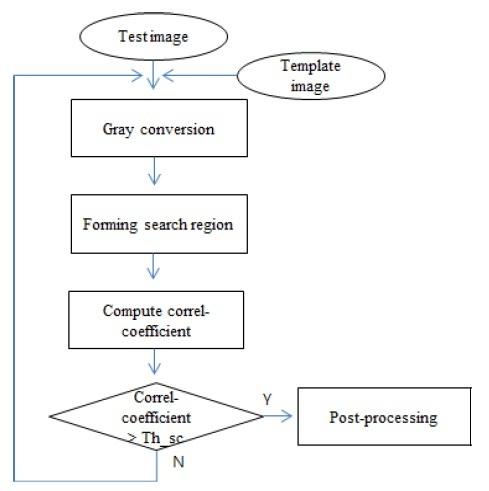 The experimental steps of the lost screw detection are as follows:

Finally we can find the location of the lost screw in the test image by using maximum value of Ci,j .

In this experiment, we used a PC with Intel Pentium 4 CPU, 4GHz, and 1.5GB RAM. Our system was mainly implemented by using MATLAB 6.0 [11]. As an initial research of the subway security problem, we use only 900 test images for the following experiment because of the limitation of acquiring test images. We propose an automatic image-based subway detection system which can replace the current manual detection method. We involve some measures to evaluate the performance of our detection system as shown in Table 3.

In the spark detection, we got the results shown in Table 4 after our experiment.

Table 4.Results of our experiment on the spark problem

In the obstacle detection problem, We obtained the detection results shown in Table 5 through the experiment.

Table 5.Results of our experiment on the obstacle problem

900 input test images consist of 482 normal (good) images and 418 obstacle (defect) images. When compared with the above spark problem exposed in a very short time, we could take many defect images with obstacles in this problem.

In the obstacle detection, precision, recall, and F-measure are 99.38%, 90.38%, and 94.67%, respectively. It presents about 5.17 % lower performance than that of the spark detection case in terms of F-measure. The average obstacle detection time per one image is about 0.19 second in our system.

We surveyed the general railway security systems and compared their features, and we also proposed a specific solution for a subway train security problems as an initial research stage for automation. To solve the specific problems - the spark, obstacle, and lost screw problems - we have developed a railway security detection method using computer vision technology.