With approval from the Asia Pacific Metrology Program Working Group on Materials Metrology (APMP WGMM), an international comparison for sheet resistance standards for silicon wafers was firstly conducted among Korea Research Institute of Standards and Science (KRISS) in Korea, CMS/ITRI in Taiwan, and NIM in China, which are national metrology institutes (NMIs), from August 2011 to January 2012. The sheet resistance values of the standards are , , and ; the measurement was conducted in sequence at KRISS, CMS/ITRI, NIM, and KRISS again using the four-point probe method with single and dual configuration techniques. The reference value for the measurement results of the three NMIs was obtained through averaging the values of the three results for each sheet resistance range. The differences between the reference value and the measured values is within 0.22% for , 0.17% for , and 0.12% for . Therefore, the international consistency for conducting sheet resistance measurements is confirmed within 0.22% through the APMP WGMM approved comparison.

In order to determine the sheet resistance using the single configuration technique, the four probes with collinear arrays contacted a sample surface as seen in Fig. 1(a), and the voltage (VBC) between probes B and C were measured through passing a current (IAD) between probes A and D. Then, the resistance (RS) was calculated using Eq. (1) and the sheet resistance (RSS) was determined from Eq. (2) through applying a sample thickness and sample size correction factor against the probe spacing, as described in Eq. (3).

Here, kS is a correction factor and is given by: 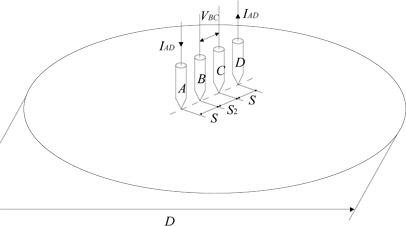 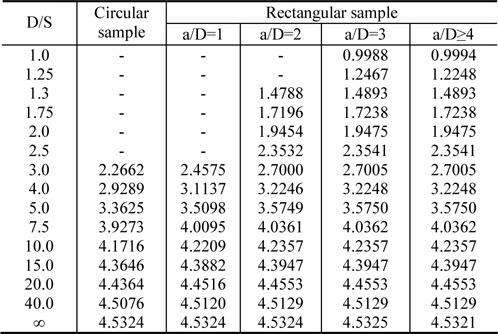 Furthermore, F(t/S) is the correction factor for the sample thickness against probe spacing S and is described in Table 2 [1-5].

Here, the proportional constant kd [6-8] is given as follows:

As shown in Eq. (5), RSd is determined using RS and Rd, which are given by the two configurations and it is independent of geometrical effects.

The traceability system of KRISS, CMS/ITRI, and NIM, who participated in the comparison, is presented in Fig. 4. The sheet resistance measured by each NMI is traceable to the national DC voltage standard, DC standard resistors, and digital voltmeter. 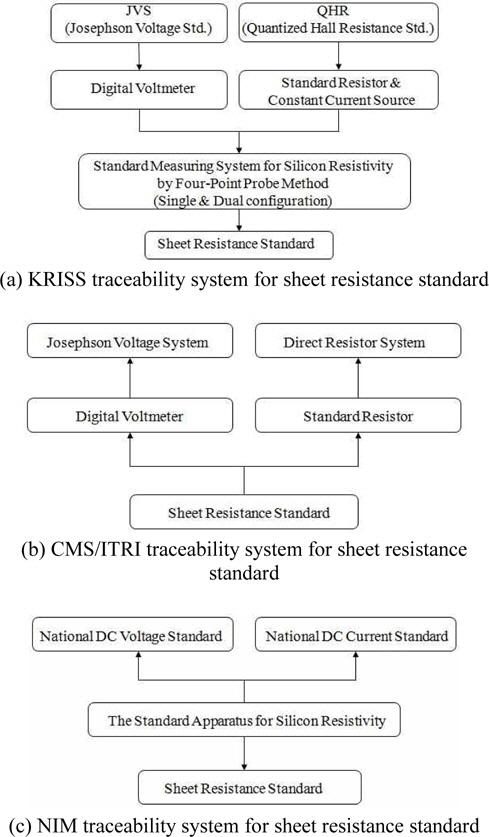 Fig. 4.Traceability diagram for KRISS, CMS/ITRI, and NIM in the sheet resistance measurements.

The sheet resistance standards for the international comparison were 15μm boron-doped N-type silicon wafers with 125mm in diameter and 0.625mm in thickness, and these had sheet resistances of 10Ω, 100Ω, and 1000Ω. The stability of the standards for six months between the starting time and finishing time of the comparison was evaluated to be less than 0.05% for 10Ω, less than 0.07% for 100 Ω, and less than 0.08% for 1000 Ω. Furthermore, the temperature coefficient was evaluated using the linear fitting of sheet resistances at 20℃, 23℃, and 26℃; this is demonstrated in the relative expression as 0.05% for 10 Ω, 0.07% for 100 Ω, and 0.37% for 1000 Ω. The light effect was also investigated using normal fluorescent lights and it gave no influence on 10 Ω. However, the influence was shown to be -1.5 % for 100 Ω and more than 4 % for 1000 Ω. Therefore, all measurements at this comparison were carried out at dark field and the light effect was negligible. 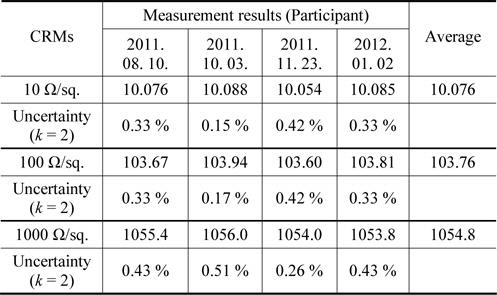 Fig. 5.Illustration of the measurement results of participants for the 10Ω, 100Ω, and 1000Ω sheet resistance standards.

In order to investigate the edge effect using the single configuration technique and dual configuration technique in the FPP method, the sheet resistances were measured with a position on a silicon wafer with a sheet resistance of 10 Ω and 1.0 mm probe spacing. As shown in Fig. 6, the edge effect is predominantly appeared within 5 mm from the edge of the wafer. Furthermore, in order to avoid carrier injections into the surface, an appropriate current is required and the measuring voltage to satisfy the condition is between 7 mV and 13 mV [7]. As shown in Table 3, all participants used appropriate currents and therefore the effect is not considered in this comparison. Moreover, because the free electrons in silicon can move actively with increasing light, thermal, and electrical energy, it is important to maintain the appropriate measurement temperature and humidity, as well as dark field conditions. In order to achieve this, a protocol for this comparison was constructed in order to specify the conditions; the conditions were satisfied for all participants. 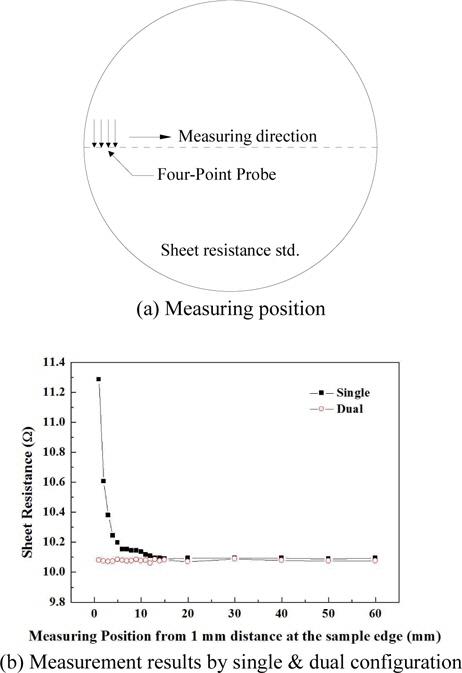 An international comparison with the approval of the APMP WGMM was firstly conducted between August 2011 and January 2012 among KRISS, CMS/ITRI, and NIM. The travelling sheet resistance standards of silicon wafers were investigated, and a four-point probe method with single and dual configuration techniques were used to measure the sheet resistances of 10 Ω, 100 Ω, and 1000 Ω. The measurement results had agreement within 0.22% for 10 Ω, 0.17% for 100 Ω, and 0.12% for 1000 Ω from the average values and their expanded uncertainties were estimated to be between 0.15% and 0.51% with a coverage factor of 2. From the comparison results, an international equivalence and consistency for sheet resistance measurements was confirmed. Furthermore, the comparison was conducted as a piloting study and will be used for a formal key comparison of sheet resistances of semiconductors, which will be approved by the APMP WGMM and many NMIs will participate in the near future.