Robots are widely used in various automation processes in industrial applications. Traditionally, it operated under fixed condition by teaching operating positions. Recently, diverse 2D/3D sensors are used together with robot to give more flexibility in operation. In this paper, we deal with automatic manipulation of tie rod in automotive production line. Sensor system consisted of a camera and slit laser is used for the acquisition of 3D information and it is used attached on the robot. Nut runner is used for the manipulation of stop nut and adjust bolt on the tie rod. Detailed procedures for the automatic manipulation of tie rod are presented. In the presented approach, we effectively use 3D information in whole procedure such as computing distance to the tie rod, rotation angle of bolt and nut. Experimental results show the feasibility of the proposed algorithm.

Robots are used in various applications of objects handling, parts assembly and welding for the automation of manufacturing processes [1-2]. Traditionally, they are used in relatively fixed and inflexible working conditions thorough setting working positions by teaching pendent manually. In case of changing working conditions, they needs additional the same process of setting working positions manually. Therefore, it has no ability to cope with the variation that can occur in production line. Robot with sensor feedback using 2D/3D sensors can give more flexibility [3-6].

Park and Mills [3] proposed localization system that can compute the pose of a sheet metal part. It has been picked up by a robot from an arbitrary location. They used laser-based proximity and edge detectors to detect features on the part. Their approach consists of two steps. In off-line stage the mapping between sensor measurements and robot’s mislocation is determined and in on-line stage iterative pose estimation is done using the mapping from the off-line stage. Bone and Capson [4] deals with fixtureless assembly of automotive parts using 2D and 3D computer vision. They use especially designed programmable grippers for the robotic fixtureless assembly. 2D computer vision is used to pick up parts. Initial location for pick up has been taught off-line. 3D sensing system consisted of a camera and two line generating lasers is used to align the parts to joining them. Mario et al. [5] shows automatic assembly of 3D objects by recognizing objects using artificial neural network. First, object location is found in the assembly zone. Then its pose is computed using neural network. It is transferred into the robot for the manipulation of objects. Shauri and Nonami [6] proposed assembly of blot and nut using dual-arm robot. They use stereo camera system for the recognition of small nuts and bolts in an assembly task. Lisa et al. [7] presents assembly manipulation of small objects by robot with dual-arm using stereo camera system. Hvilshoj et al. [8] represents good reviews including the past, present and future of autonomous industrial mobile manipulation.

Fig. 1 shows the system used in this paper that is consisted of camera, laser, nut runner and tie rod. A camera and slit laser composes a 3D sensing system. Nut runner fastens and unfastens the stop nut and adjust bolt on the tie rod. For the automation of this process, we adopt sensing system consisted of a camera and a slit laser that can give 3D information. It is used by attaching on the nut runner as shown in Fig. 1. Nut runner is used as an end-effector of the robot. We directly use 3D information for reaching tie rod, fastening and unfastening the stop nut and adjust bolt. 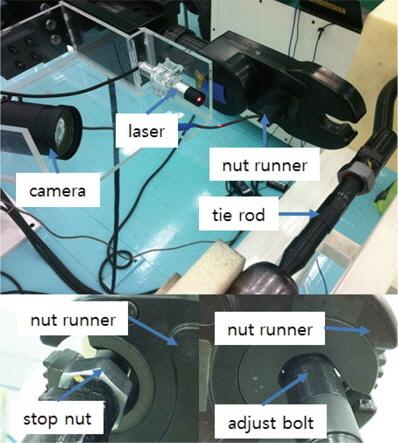 Fig. 2 shows the overall flow chart for the automatic manipulation of tie rod. Hand/eye calibration is done only once in off-line. 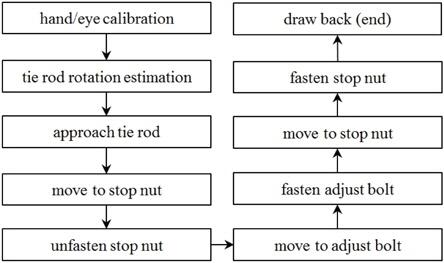 Fig. 2.The overall flow chart for the automatic manipulation of tie rod

Usually, hand/eye calibration is represented as AX = XB . A is related to the robot motion, B is related to the sensor motion and X is the unknown transformation. Many algorithms are proposed and they usually use known robot motion to solve the Eq. [9]. Uncalibrated visual servoing is also good candidate for handling objects using the robot [10].

We present a simple hand/eye calibration procedure by reflecting geometric constraints on our application. Throughout hand / eye calibration, we need to get a transformation matrix between tool center point (TCP) on nut runner and 3D sensing system. After computing the unknown hand / eye information, we can transform 3D information by sensing system into the 3D information with respect to the TCP. In our application, we can install 3D sensing system where the coordinate frame is set on the origin of the laser to have small rotation with respect to the TCP as shown in Fig. 3. We can assume that rotation is negligible between two coordinate systems. Therefore, rotation matrix between TCP and laser coordinate system is identity matrix. We need to obtain only translation components between two coordinate systems. We compute unknown translation between two frames by processing 3D information by sensing system. For this, we newly designed calibration structure as shown in Fig. 3. We designed L-shape calibration structure and attached a black pattern to simply the detection of laser contour on image. It is inserted into the nut runner and located to have only translation from the origin of the nut runner. 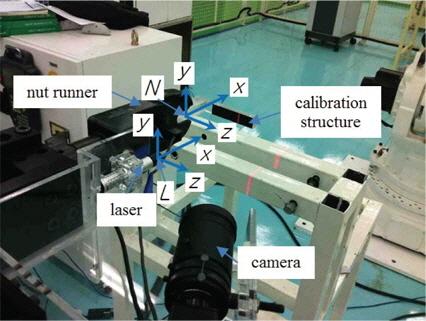 Fig. 4.Image processing for hand/eye calibration: (a) original image; (b) result of the detection of laser contour

We use the center point of laser contours on calibration structure for the hand / eye calibration. We assume that there is a small rotation between two frames N − xyz (hand frame) and L − xyz (eye frame). Therefore, the only remaining unknowns between two frames are the translation components. They can be computed as follows

(Cx, Cy) is the center point of laser contour. Sx is the distance from the TCP to the calibration structure along x direction. It can be measured manually. (Tx, Ty) is unknown translation components along x and y axis. Tz is obtained manually by measuring the distance from TCP to the origin of laser frame along z direction. Throughout this process, we can compute the unknown transformation between TCP and 3D sensing system. After hand/eye calibration, we transform measurement from 3D sensor frame into coordinates with respect to the TCP frame. Throughout this, we can directly manipulate tie rod using 3D information from sensor system.

The overall procedures for manipulating tie rod automatically are presented in Fig. 2. 3D information is used at various stages in Fig. 2. First, robot should move to grab tie rod using nut runner. At initial stage, tie rod can be located with some deviation from the predefined position. It can happen in real production line due to error of positioning system. Therefore, automatic manipulation process needs to handle such position error.

Nut runner’s tolerance for grabbing tie rod is very tight, therefore if nut runner moves without adjustment it can hit tie rod. We adjust relative pose of nut runner before moving to the tie rod. We adjust robot such that TCP is located perpendicular to the horizontal axis of tie rod. We solve it by estimating the relative pose of the TCP with respect to the tie rod. Two measurements are obtained at the initial position and other position where robot is moved horizontally with predefined value. By analyzing tow 3D profiles on tie rod, we can compute the relative pose of tie rod with respect to the TCP using Eq. (2). Then, robot is rotated using computed rotation angle for nut runner to be positioned in perpendicular to the horizontal axis of the tie rod. After this, we can approach the tie rod moving only along x axis.

Fig. 5 shows the process for the estimation of tie rod’s rotation angle with respect to laser frame. For each image, we extract laser contour on tie rod’s surface and they are converted into 3D coordinates. We fit ellipse using them and use the center point of the ellipse for the computation of rotation angle. Using two center points p1 and p2, the rotation angle is computed as follows: 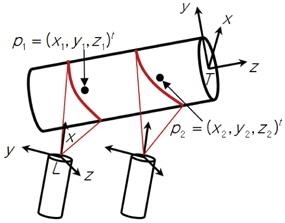 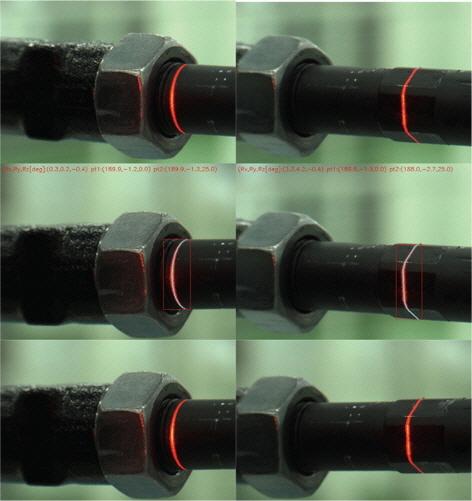 As shown in Fig. 1, nut runner is used for fastening and unfastening the bolt and nut on tie rod. Before manipulateing them, we should know the current rotated angle of bolt and nut. Nut runner has multiple faces inside that can rotate to manipulate stop nut and adjust bolt. Therefore, it must rotate according to the current rotation angle of stop nut and adjust bolt before manipulating them. Then, it moves along the horizontal direction on tie rod to reach them. Stop nut has six faces and each face corresponds to 60°. Adjust bolt has also six faces but it small faces among them as shown in Fig. 1. 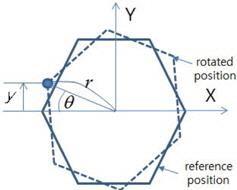 Fig. 8.The result of estimating rotation angle of stop nut: (a) original image; (b) result of detecting a control point.

Fig. 9.The result of estimating rotation angle of adjust bolt: (a) original image; (b) result of detecting two control points.

We changed the starting position of robot to reflect the perturbation that can happen in real production line due to error in positioning system. Translation was chosen randomly between ±3mm. Rotation was chosen randomly between ±3°. The diameter of tie rod, stop nut and adjust bolt is 15.1mm, 27.3mm and 16.25mm. Nut runner used in our application allows tolerance up to 0.5mm so that the accurate computation of distance and rotation angle is important for the successful operation of proposed procedures.

Error statistics are obtained from 300 trials. Experiments are done under fluorescent light that is typical on the real production line. We have not used housing to block out light from environment.

Table 1.The performance of proposed algorithm.

Fig. 10.Some failure cases in the estimation of stop nut’s rotation angle.

Fig. 11.Some failure cases in the estimation of adjust bolt’s rotation angle.

We are considering following items to improve the performance of proposed algorithm. Frist, we are considering higher resolution of image for the whole process. Currently, we are using image with size of 640 × 480 pixels. Higher resolution could give more accurate result in the computation of rotation angle of tie rod though processing time would increase.

Second, we are considering a method that uses 3D geometrical shape of nut and bolt for the computation of the rotation angle of them. Currently, we are using 2D contour information for finding control point thorough polygonal approximation. We think that this can overcome the partial irregularity of laser contour on stop nut and adjust bolt.

In this paper, an algorithm for the automatic manipulateion of tie rod is presented. 3D sensing system with a camera and slit laser is used together with robot to automate the process. Detailed procedures for the automatic manipulation of tie rod are presented. Experiments are done using robot with 3D sensing system. Nut runner is used for the manipulation of bolt and nut on the tie rod. Experimental results show the potential of presented algorithm while further research about the robust detection of laser contour on image is required for robust operation.