After Peek proposed the well-known Peek formula in 1929, many researchers also proposed the empirical formula to predict the corona onset voltage [5]. Aleksandrov proposed a classic geographic factor that can reflect the photon absorption in the discharge process and analyzed the onset process of the AC conductor [6]. Then the researcher from Egypt studied the corona onset process of the typical rod-plate structure and the smooth conductor and analyzed the influence of temperature on corona onset [7-10]. In [11], the influence of humidity and air pressure on typical point-plate electrode was analyzed.

The surface condition of the conductors will change in the rain, foggy days or in the high humidity weathers, which will reduce the corona onset voltage. In the southern areas of China, it rains quite often and the air humidity is high, which makes it easy for water drops to form on the surface of the conductor and influences the corona characteristics of the power transmission lines. As for the DC corona phenomena, many researchers are studying on radio interference and audible noise, while less research interests are focused on the corona onset characteristics of UHV conductors, it is necessary to study the corona onset characteristic of the UHV bundle conductors both from the theoretical calculation and test statistics as in [12-17].

Corona discharge is a sustainable discharge phenomenon of the air, which occurs only in part of the air gaps between the polarity, and the space electric field strength between the air gaps is uneven for the practical power transmission lines, the electric filed in the vicinity of the conductor is the strongest, so corona discharge will occur when the electric field strength reaches a certain value. For negative corona discharge, the electrons are sufficiently accelerated that avalanches form in the impact ionization process. Negative ions are formed by combining of electrons to neutral molecules, while the positive ions move toward the conductor. Besides electrons and positive ions, there are also photons in the process, as in [18]. The two main factors that sustain the self-sustaining discharge are that positive ions impacting the cathode and the photoelectron emission in the process of initial avalanche. The radiation energy generated from the impact of positive ions is much higher than the energy of photon radiation, but seldom occurs, thus in this paper, only the photon electron emission from the cathode is considered [19, 20].

The impact ionization parameter α and the adhesion coefficient η are the function of electric field strength E and air pressure (or relative air density). The free electrons collide with the nitrogen molecule and oxygen molecule, the so called impact ionization occurs:

Suppose that s=r1 is the outer radius of the stranded conductor, and N(r1) is the number of surface electrons of the conductors, then the free electrons in the distance s＝r2 is :

In the ionization process, the impact ionization coefficient α is larger than the attachment coefficient η . In the boundary of the corona layer, α equals to η , so the free electrons stop increasing, and ionization ceases [21].

Where Neph is the number of photons in the discharge process; γph is the Townsend’s second coefficient due to the impact on the cathode by the photons; g is the geometry factor of the effective attachment photons; μ is the attachment coefficient in the air; r the distance in the space to the center of the conductor; r0 is the radius of the conductor; re is the distance from the boundary to the center of the conductor. Neph > 1 is supposed to be the self-sustained discharge condition and the voltage applied corresponding to Neph=1 is considered to be the corona onset voltage. Schumann derived a simple quadratic expression of α − η , the calculation result of which agrees well with the Paschen’s law. The model in this paper is based on the research achievements of Sarma and Janischweskyj, also considering the research results of Mauch, Sander, Harrison and Geballe, the parameters in the formula are referred to [22] and [23].

where is the relative air density, p is air pressure (Pa), and T is the temperature in ℃ during the test.

2.2 Electric field calculation of the strand conductor in the corona cage

Charge simulation method (CSM) is one of the calculation methods used for static field numerical calculations. Similar to the image method, based on the uniqueness theorem of the static field, a set of the discrete charges are placed inner the conductor instead of continuous distributed free charges on the surface of polarity (e.g. point charge, line charge or ring charge), which are called simulation charges. The electric field strength can be calculated from the analytical formula of the simulation charge with the superposition theorem, as in [24, 25].

As for a square intersection corona cage, when CSM is applied to calculate the surface electric field of the conductor, each outer strand of the conductor need to be replaced by simulation charges. The number of images of the simulation charges from the cage wall is far larger than from that with no consideration of the outer strand. This will certainly increase the workload and complexity. 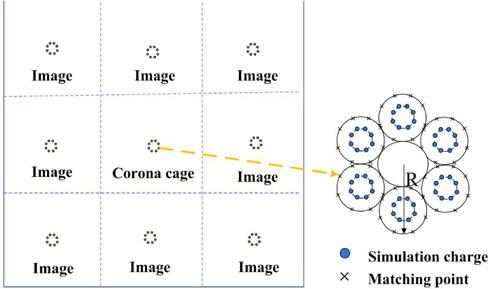 The calculation formula of the potential coefficients P_cage，P_mirror and electric field strength coefficients fx_cage，fx_mirror，fy_cage，fy_mirror are respectively:

8 bundle LGJ-400-35（bundle space 400 mm） is taken for example. The number of outer strands of LGJ-400-35 is 22. For the corona cage of square cross-section 8*8 m, when the calculation voltage is 100 kV, the space electric field strength around the sub conductor surface was calculated and compared with the method with no consideration of the outer strand.

And the calculation result is shown in Fig. 2. Peak points appear outside every outer strand. And 22 peak values appear in Fig. 2. As shown in the figure that compared to the methods with no consideration of the outer stand, there are extreme values appear at each single strand, which is consistent with the practical situation. So the charge simulation method for the stranded conductors can be used to calculate the space electric-field strength around conductors in the corona cage. Therefore, a more accurate corona onset calculation model can be established. 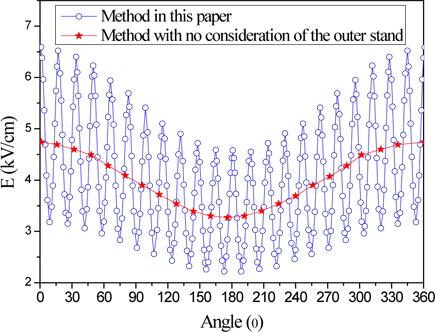 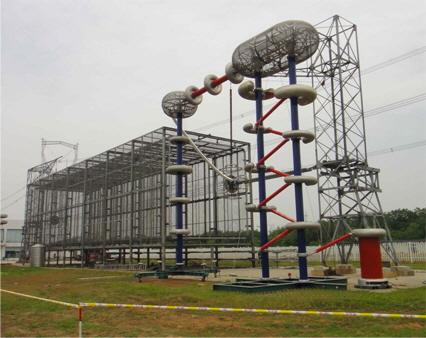 The schematic diagram and the figure of the corona current measurement equipment based on GPS clock are shown in Fig. 4 and Fig. 5. 1-3 are the segments of the UHV corona cage. The no inductive resistor 4(1KΩ) is used to convert the DC current signal into voltage signal. A sampling card is equipped in the upper computer 5 and the lower computer 15 respectively, with the maximum sampling rate up to 120MS/s. The function of the upper computer 5 is to control the sampling of the current signal and data transmission with the lower computer. The synchronous measure of the voltage and current signal is realized by the use of GPS synchronous clock 6 and 9. The trigger time is 1 minute in this test, which means the trigger signal will be sent out each minute. The time error between the two GPS clocks is less than 1 μs . The wireless net cards 7 and 10 and the wireless router 14 compose the wireless network for data transmission between the upper computer and the lower computer, which can separate the high voltage side and the low voltage side, so there is no electric connection between them. The maximum data transmission rate of the network is 150 MS/s. During the corona current measurement tests, the environmental temperature, humidity, and air pressure are recorded by 11, 12, and 13. The type of the UHV DC voltage generator 16 is ZGF-1200/10, the rated voltage is 1200 kV, which can satisfy the requirement of the DC corona test.

Fig. 4.Sketch of the measurement system 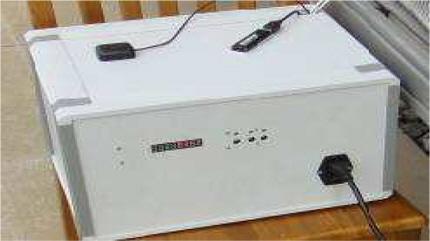 The corona current curves of single conductor LGJ900-75, six bundle LGJ900-75 (bundle space 450 mm) and eight bundle LGJ400-35 (bundle space 400 mm) in fine and rain conditions are shown in Figs. 6-Fig. 8, the rain rate are 2.4 mm/h，20 mm/h and 30 mm/h. The temperature, relative humidity and air pressure during the DC corona current measurement are shown in Table 1. The diameters of the LGJ400-35 and LGJ900-75 are 26.82mm and 40.7mm respectively. The abscissa is the maximum electric field strength with the consideration of the outer strand. As could be seen in the test results, the corona current is larger in simulated rain than in dry condition, which increases rapidly from dry condition (rain rate 0) to light rain (2.4 mm/h), while increase slightly from rain rate 20 mm/h to rain rate 30 mm/h. For example, when the electric filed strength is 35 kV/cm, corona currents of eight bundle LGJ400-35 conductor corresponding to the rain rate 0 mm/h, 2.4 mm/h, 20 mm/h and 30 mm/h are 0.28 mA, 1.31 mA, 1.8 mA, and 1.91 mA. With the increase of the rain rate, the corona current has reached the saturation state. 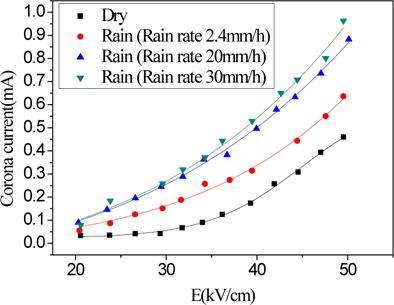 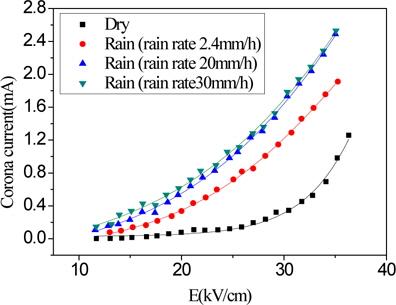 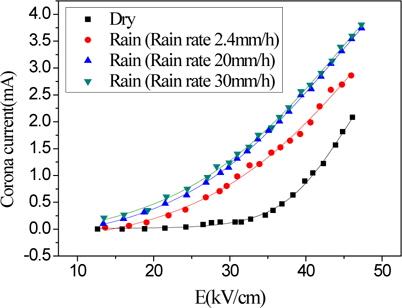 Table 1.Operating conditions during the tests

3.2 Judgment of corona onset in the test

There are many ways to judge the corona onset electric field strength (or voltage) in the practical test: UV imaging, current impulse method from the corona current, third harmonic method of corona current, corona current parameter method, and E-I curve fitting method, etc, the way of most method is: firstly, search for the characteristic parameter of corona onset, then gain the variation curves of these parameters with the test electric field strength and finally determine the inflection point of the curve, which is considered as the corona onset point. Among these judgment methods, the tangent line method is simple and convenient to use, and is largely applied in the practical project. The principle of tangent line method is in Fig. 9, that is drawing the tangent line before and after corona onset, the intersection point of the two lines is the corona onset point. The two methods with curve fitting method and corona current tangent method are compared in Fig. 9. 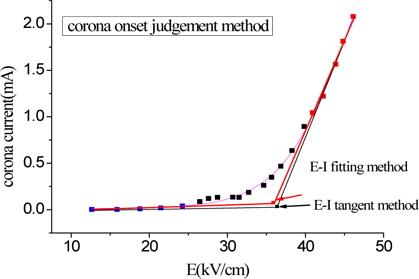 3.4 The influence of structural parameters to corona onset characteristics 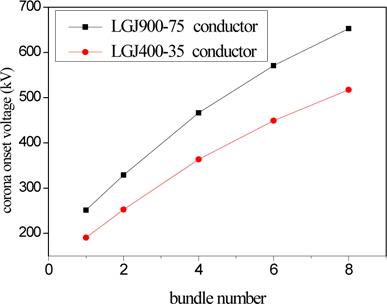 Fig. 10.Variation of the onset voltage with bundle number 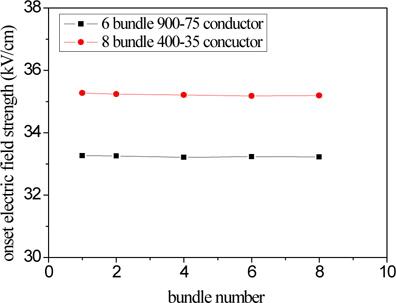 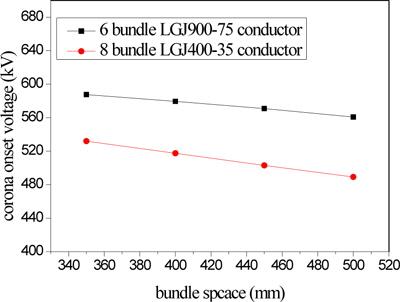 Fig. 12.Variation of corona onset voltage with the bundle space 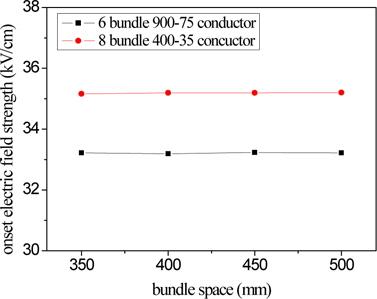 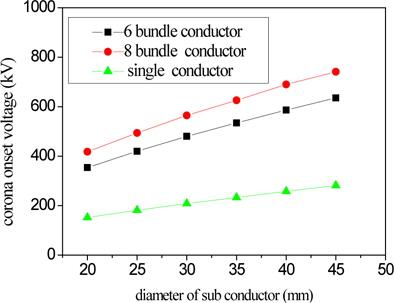 Fig. 14.Variation of the onset voltage with the diameter of sub-conductor 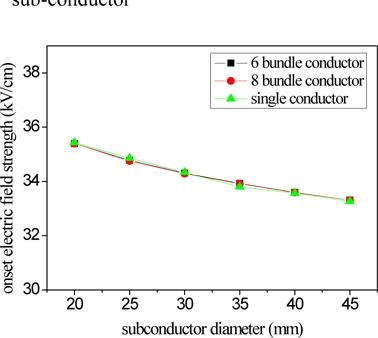 Fig. 15.Variation of the onset electric field strength with the diameter of sub-conductor

The power transmission line is designed to meet a certain Radio Interference (RI) level, which in turn limits corona loss to a reasonable level. The above figures and related data are used to determine the structural parameters that would meet the RI (and corona loss) design target. And some other factors, just like vibration of the conductor should also be considered. So the above mentioned figures and relative data, the bundle number, bundle space and sub conductor are from the corona characteristics of the transmission line conductors aspects and should be determined comprehensively together with the economic aspect in the practical engineering.

3.5 Analysis of the surface irregularity factor of the conductors in rain condition

Here is the possible explanation: when the rain is light, with the increase of the rain rate, the droplet hanging on the conductor also increase, which will distort the surface electric field strength of the conductor and corona discharge occurs on a lower voltage, but continuing increasing the rain rate will lead to saturation of the rain droplets, that the conductor is fully hanging with rain droplet and there is no extra position for the new droplets, the falling droplets will be replaced rapidly with the new ones, and keeping increasing the rain rate is so limited in reducing the surface irregularity coefficient.

2) The corona current tests of single conductor LGJ900-75，6 bundle LGJ900-75(bundle space 450 mm), 8 bundle LGJ400-35(bundle space 400 mm) in dry and rain conditions were done in the UHV corona cage in the UHV Test Base of the State Grid and the corona onset voltage is gained with the tangent line method. After the comparison of calculated values and test values in dry condition, a conclusion could be made that the calculation model mentioned in this paper could be applied in calculation of negative corona onset electric field strength (and voltage) in the UHV corona cage.