Nowaday, the induction generator is more popular used for small-scale power plants driven by renewable energy sources, including: wind, mini/microhydro, tidal wave, biomass, biogas, etc.[1]. The popularity of induction generator mainly is due to a number of advantages compared to conventional generators, such as: low cost, high reliability, rugged construction, maintenance and operational simplicity, self-protection against faults and overload, not needed dc supply for excitation, etc. [1, 2]. The application of induction generators in commercial biogas driven power has been successfully analyzed [1]. Some experts have successfully designed the induction generator control (IGC), consequently this generator can be used commercially on a micro hydro power plant [3-5]. In the meantime, the minimum excitation capacitor connected auxiliary windings of a single phase Self-Excited Induction Generator (SEIG) have been successfully calculated for suitable for stanby power system [6].

However, the operation of the induction machine as a generator requires reactive power, which is supplied either from the grid or compensation capacitors. It will leads the generator to produce power with low power factor. In addition, the utilization of power electronics components on the IGC and/or non-linear loads will generate harmonics current and voltage on the generator output. The harmonics distortion can give the effect of a decrease in efficiency, heating and reducing the lifetime of the machine [7].

This paper is organized into 5 sections. Modeling and analysis of SEIG with non-linear load is discussed in section 2. The experimental set-up are explained in section 3. The section 4 discusses the results and its analysis. Conclusions are presented in section 5.

2. The Steady State Analysis of SEIG with Nonlinear Loads

The configuration of single line diagram of the SEIG with nonlinear loads is shown in Fig. 1. The SEIG is constructed by an induction machine and an excitation capacitor, and is connected to nonlinear loads. In this case, nonlinear load is load equipped with electronic device, such as: uninterruptable power supply (UPS), adjustable speed drives (ASD), variable frequency drive (VFD), saving-energy lamps, etc. SEIG, either as generator set or micro hydro generator, supply nonlinear loads that generated harmonic currents.

2.1 The modelling and analysis of SEIG with nonlinear loads

The equivalent circuit simplified of SEIG with nonlinear load is shown in Fig. 3. In this circuit, the amplitude and frequency of the load voltage VL is assumed a constant at the nominal rating. Consequently, the value of a in this equivalent circuit is always one. As shown in Fig. 3, the nonlinear load is modeled as harmonic current sources, I1, I2,…Ih , where h (2nd, 3rd, 5th, 7th,....) is known the order of the harmonics. While, SEIG is formed as the single voltage source, Vig, that connected in series an internal impedance, Zig. The voltage source of SEIG is the open circuit voltage across the load terminals 1-2 (see Fig. 2), Vig = VL(OC). Whereas, the internal impedance of SEIG is the impedance across the load terminal 1-2 in Fig. 2.

The superposition approach is used to analyze the propagation of harmonic currents. In this approach, each source is considered to evaluate the current through the stator windings seperately.

Due to saturation effects, the value of Xm is influenced by the magnetizing current Im, which can be expressed as follows,

There is constant value of αi resolved from the polynomial curve fitting using saturation test results and n is the degree of polynomial equation.

The harmonics distortion on SEIG will effect on its parameter and variable values. The stator parameters (Rs and Ls) have a constant value, while the value of rotor parameters (Rr′ and Lr′) depend on the order of harmonics, due to skin effect [12, 13]. Meanwhile, the amount of total rms of magnetizing current Im(rms) can be calculated as follow [14],

Where, Imh is the rms value of magnetising current for hth order harmonic. In addition, the effect of harmonics on the slip is expressed by the following Eq.[2]:

where σh is the slip at harmonic order h, and ω1 & ωr are fundamental frequency and rotor speed respectively.

To referring Fig. 4, the rotor impedance is connected parallel to the magnetization impedance, Zm = sLm, hence the total impedance for these branches are:

The impedance Zrm is connected in series with the stator impedance, Zs = Rs + sLs, so the total impedance at this branch is:

The equivalent circuit in Fig. 5 can be simplified to Fig. 6. 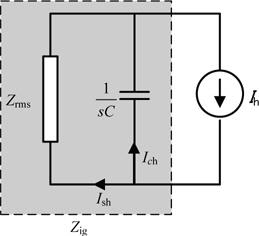 Fig. 6.Simplified representation of the equivalent circuit of Fig. 5.

From the equivalent circuit of Fig. 6, the transfer function T(s) as a current gain between the load and stator currents can be written as,

In the frequency domain s = jω, the transfer function (Eq. 9) can be expressed as:

The magnitude of the transfer function can be solved from the following equation:

where ω=hω1, ω1 is the fundamental frequency of generator.

While, the phase angle of the transfer function can be calculated as:

To re-referring Fig. 5, the current Ish propagate to the magnetizing inductance Lm can be determined as:

In this study, 4 pole ; 380-420V, 1.5 kW, 50 Hz; 3.5A; Yconnection; rotor-cage induction machine is used. The DC test, no-load test and blocked-rotor test are conducted to determine the machine parameters. In addition, saturation test and testing the influence of harmonics on the rotor resistance and inductance are also performed. Through the parameter test is obtained Rs = 4.70 Ω and Xs= 5.07 Ω.

The variation of the magnetizing inductance Lm against the magnetizing current Im can be completed from saturation test results, as shown in Fig. 7. The procedure test is explained in Appendix. By using the curve fitting, this relationship can be presented in 7th order polynomial equation, as: 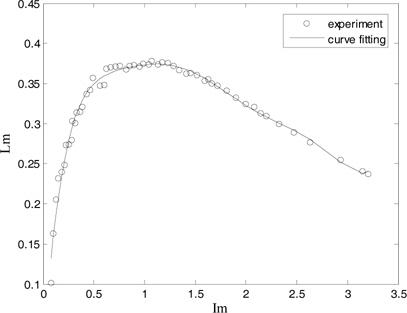 The influence of harmonics on the rotor resistance, Rrh’, and inductance, Lrh’, are measured through blocked-rotor test. Generally, the induction machines is operated at low slip (2-4%), therefore the frequency of rotor currents is in the range from 1 to 2 Hz [15]. During blocked-rotor test, slip is one, hence the stator frequency is equal with the rotor frequency. In this test, the fundamental rotor frequency is taken 5 Hz, and 10 Hz, 15 Hz, 20 Hz,... are used as harmonics frequency in 1st, 2nd, 3rd, 4th,... order. The variation of the rotor resistance, Rrh’, and inductance, Xrh’ against the harmonics order, h, are shown in Figs. 8 and Fig. 9 respectively. By using the curve fitting, this relationship can be presented in 6th order polynomial equation, as follow: 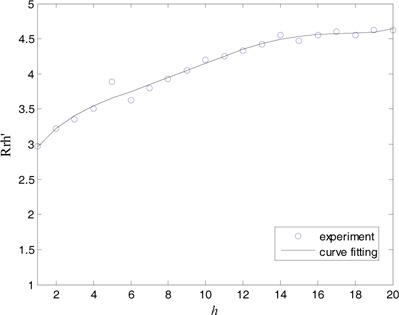 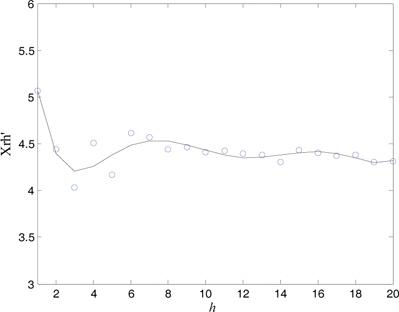 The computer simulation is designed to solve the spectrum of transfer function and the propagation of harmonic currents on the stator windings. The design of computer program is developed from the flow chart in Fig. 10. The initial magnetizing current |Im0| is assumed similarly with the excitation current at no-load condition |Ic0|. Lm0 is solved ploting |Im0| on the magnetising curve (see Fig. 5). In addition, ε is a small quantity ( ε = 10−6). 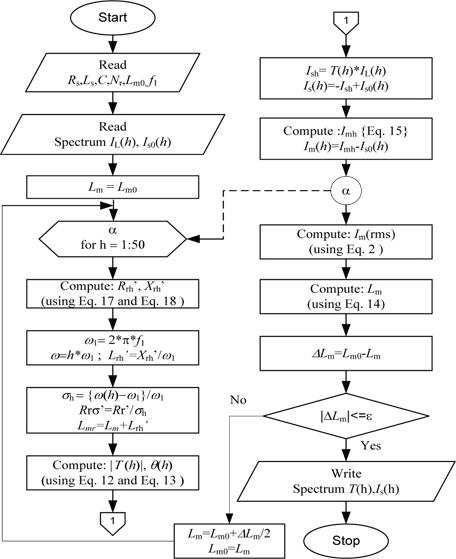 In order to validate the results of the modeling and analysis, a series of experiment are performed in the laboratory. The experiment set up for the SEIG with nonlinear is shown by Fig. 11. In this test, a 3hp induction motor supplied by a frequency regulator is used as an activator of SEIG. The excitation capacitors used in this test is 3 × 34μF, which are connected in Y connection. The generator is burdened by nonlinear load, which is an energy-saving lamps of 1200 Watt. The harmonic measurements are performed using Power Analyzer type CA 8220 with data transfer to a PC/Laptop. The measurements were taken at two points of measurement, namely: on the load side (P-2) and on the stator windings side (P-1). During testing, both in the no-load condition and the nonlinear load condition, the fundamental frequency of terminal voltage generator is kept a 50 Hz constant by adjusting the speed rotor. The rotor speed for no-load condition is 1507 rpm, while rotor speed for load condition is 1539 rpm. 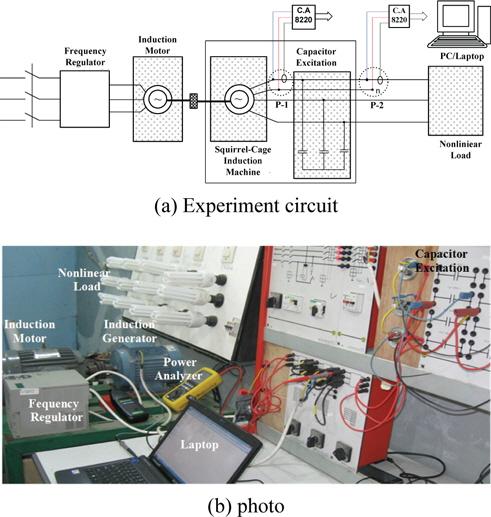 Fig. 11.Experiment set up for the proposed system 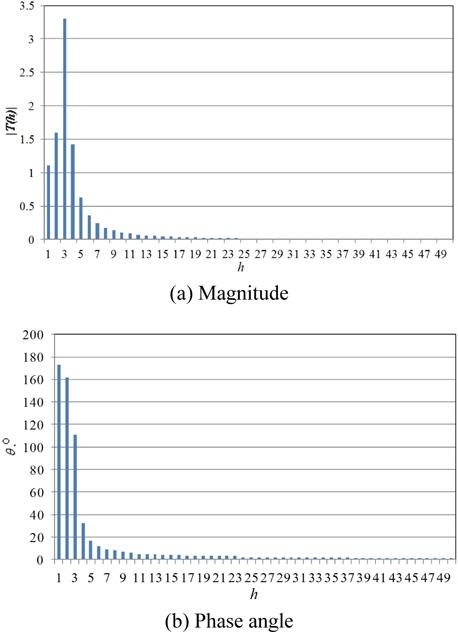 Fig. 12.Simulation results for values of the transfer function

4.2 Experimental results of SEIG under no load

Fig. 13 shows the output of SEIG under no-load test. As shown in Fig. 13a, the stator current Is0 is leading against the output voltages V0. At no-load condition, the stator windings is only flowed the current that generated by the excitation capacitor. In this condition, the generator has generated harmonic currents and voltages, with THD by 5.7% and 4.9% respectively (see Fig. 13(b)). The generated harmonics are relatively low and are the innate nature of SEIG.

Fig. 13.The ouput of SEIG under no-load condition

Fig. 14 shows the measurement results of the harmonic spectrum for current and voltage on the load side (P-2). As shown by Fig. 14(b), the component of harmonic currents spread from low to high order, with THDI of 35.4%. This is obvious from results recording the waveform of load current (Fig. 14(a)), which showed a distorted badly from the ideal sinusoidal shape. Meanwhile the voltage waveform is slightly distorted, with THDV only reached 9.5%.

Fig. 14.The measurement results on the load side (P-2) 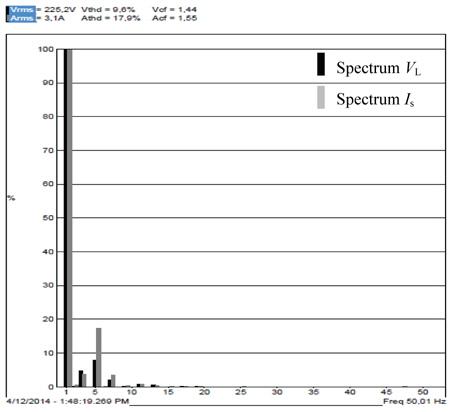 Fig. 15.Current and voltage stator harmonics spectrum on the stator side (P-1) 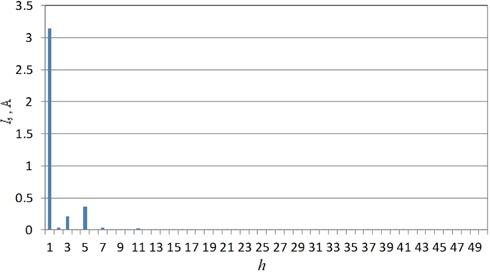 Fig. 16.Simulation results for spetrum harmonics of stator current Is

For loading SEIG with the energy-saving lamps of 1200 Watt, the propagation of harmonic currents reduced from THDI of 35.4 % on the loads side to 17.9 % (experimental result) or 13.38 % (simulation result) on the stator windings side.

The transfer function method in frequency domain has been successfully used to calculate a current gain and its phase angle of each harmonic current component is generated by a nonlinear load. Through the superposition approach, this method has also been successfully used to analyze the propagation of harmonic currents generated by nonlinear load to the stator windings of SEIG.

The simulation and experiment have provided similar results. This shows that the models and methods used has adequate validity. Generally, The study results showed that the propagation harmonic currents created by loads on the stator widings of SEIG are rejected for high order components, and attenuated for lower order components. Consequently, the THDI of stator current will be reduced significantly. In this study, the reduction percentage of harmonic current distortion on the stator windings reached 49.44% (experimental results) or 62.20% (simulatian results). It can be showed that SEIG has a friendly nature to the harmonics distortion generated by nonlinear loads.