This paper proposes an augmented Lagrange Hopfield network (ALHN) based method for solving multi-objective short term fixed head hydrothermal scheduling problem. The main objective of the problem is to minimize both total power generation cost and emissions of , , and over a scheduling period of one day while satisfying power balance, hydraulic, and generator operating limits constraints. The ALHN method is a combination of augmented Lagrange relaxation and continuous Hopfield neural network where the augmented Lagrange function is directly used as the energy function of the network. For implementation of the ALHN based method for solving the problem, ALHN is implemented for obtaining non-dominated solutions and fuzzy set theory is applied for obtaining the best compromise solution. The proposed method has been tested on different systems with different analyses and the obtained results have been compared to those from other methods available in the literature. The result comparisons have indicated that the proposed method is very efficient for solving the problem with good optimal solution and fast computational time. Therefore, the proposed ALHN can be a very favorable method for solving the multi-objective short term fixed head hydrothermal scheduling problems.

The short term hydro-thermal scheduling (HTS) problem is to determine power generation among the available thermal and hydro power plants so that the fuel cost of thermal units is minimized over a schedule time of a single day or a week while satisfying both hydraulic and electrical operational constraints such as the quantity of available water, limits on generation, and power balance [1]. However, the major amount electric power in power systems is produced by thermal plants using fossil fuel such as oil, coal, and natural gases [2]. In fact, the process of electricity generation from fossil fuel releases several contaminants such as nitrogen oxides (NOx), sulphur dioxide (SO2), and carbon dioxide (CO2) into the atmosphere [3]. Therefore, the HTS problem can be extended to minimize the gaseous emission as a result of the recent environmental requirements in addition to the minimization the fuel cost of thermal power plants, forming the multi-objective HTS problem. The multi-objective HTS problem is more complex than the HTS problem since it needs to find several obtained non-dominated solutions to determine the best compromise solution which leads to time consuming. Therefore, the solution methods for the multi-objective HTS have to be efficient and effective for obtaining optimal solutions.

In the past decades, several conventional methods have been used to solve the classical HTS problem neglecting environment aspects such as dynamic programming (DP) [4], network flow programming (NFP) [5], Lagrange relaxation (LR) [6], and Benders decomposition [7] methods. Among these methods, the DP and LR methods are more popular ones. However, the computational and dimensional requirements of the DP method increase drastically with large-scale system planning horizon which is not appropriate for dealing with large-scale problems. On the contrary, the LR method is more efficient and can deal with large-scale problems. However, the solution quality of the LR for optimization problems depends on its duality gap which results from the dual problem formulation and might oscillate, leading to divergence for some problems with operation limits and non-convexity of incremental heat rate curves of generators. The Benders decomposition method is usually used to reduce the dimension of the problem into subproblems which can be solved by DP, Newton’s, or LR method. In addition to the conventional methods, several artificial intelligence based methods have been also implemented for solving the HTS problem such as simulated annealing (SA) [8], evolutionary programming (EP) [9], genetic algorithm (GA) [10], differential evolution (DE) [11], and particle swarm optimization (PSO) [12]. These methods can find a near optimum solution for a complex problem. However, these metaheuristic search methods are based on a population for searching an optimal solution, leading to time consuming for large-scale problems. More, these methods need to be run several times to obtain an optimal solution which is not appropriate for obtaining several non-dominated solution for a multi-objective optimization problem. Recently, neural networks have been implemented for solving optimization problem in hydrothermal systems such as two-phase neural network [13], combined Hopfield neural network and Lagrange function (HLN) [14], and combined augmented Lagrange function with Hopfield neural network [15-17]. The advantage of the neural networks is fast computation using parallel processing. Moreover, the Hopfield neural network based on the Lagrange function can also overcome other drawbacks of the conventional Hopfield network in finding optimal solutions for optimization problems such as easy implementation and global solution. Therefore, the neural networks are more appropriate for solving multi-objective optimization problems with several solutions determined for each problem.

In this paper, an augmented Lagrange Hopfield network (ALHN) based method is proposed for solving multiobjective short term fixed head HTS problem. The main objective of the problem is to minimize both total power generation cost and emissions of NOx, SO2, and CO2 over a scheduling period of one day while satisfying power balance, hydraulic, and generator operating limits constraints. The ALHN method is a combination of augmented Lagrange relaxation and continuous Hopfield neural network where the augmented Lagrange function is directly used as the energy function of the network. For implementation of the ALHN based method for solving the problem, ALHN is implemented for obtaining non-dominated solutions and fuzzy set theory is applied for obtaining the best compromise solution. The proposed method has been tested on different systems with different analyses and the obtained results have been compared to those from other methods available in the literature including λ-γ iteration method (LGM), existing PSO-based HTS (EPSO), and PSO based method (PM) in [3] and bacterial foraging algorithm (BFA) [2].

The organization of this paper is as follows. Section 2 addresses the multi-objective HTS problem formulation. The proposed ALHN based method is described in Section 3. Numerical results are presented in Section 4. Finally, the conclusion is given.

The main objective of the economic emission dispatch for the HTS problem is to minimize the total fuel cost and emissions of all thermal plants while satisfying all hydraulic, system, and unit constraints. Mathematically, the fixed-head short-term hydrothermal scheduling problem including N1 thermal plants and N2 hydro plants scheduled in M sub-intervals is formulated as follows:

where F1sk is fuel cost function; F2sk, F3sk and F4sk are emission function of NOx, SO2, and CO2 of sth thermal plant at kth sub-interval scheduling, respectively; wi (i = 1, …, 4) are weights corresponding to the objectives.

where Bij, B0i, and B00 are loss formula coefficients of transmission system

3. ALHN based Method for the Problem

For implementation of the proposed ALHN for finding optimal solution of the problem, the augmented Lagrange function is firstly formulated and then this function is used as the energy function of conventional Hopfield neural network. The model of ALHN is solved using gradient method.

The augmented Lagrange function L of the problem is formulated as follows:

The energy function E of the problem is described in terms of neurons as follows:

The dynamics of the model for updating inputs of neurons are defined as follows:

The algorithm for updating the inputs of neurons at step n is as follows:

The outputs of continuous neurons representing power output of units are calculated by a sigmoid function:

The outputs of multiplier neurons are determined based on the transfer function as follows:

The proof of convergence for ALHN is given in [15].

The algorithm of ALHN requires initial conditions for the inputs and outputs of all neurons. For the continuous neurons, their initial outputs are set to middle points between the limits:

where Vhk(0) and Vsk(0) are the initial output of continuous neurons hk and sk, respectively.

The initial outputs of the multiplier neurons are set to:

By experiment, the value of σ is fixed at 100 for all test systems. The other parameters will vary depending on the data of the considered systems. For simplicity, the pairs of αsk and αhk as well as βk and βh can be equally chosen.

The algorithm of ALHN will be terminated when either maximum error Errmax is lower than a predefined threshold ε or maximum number of iterations Nmax is reached.

The overall algorithm of the ALHN for finding an optimal solution for the HTS problem is as follows.

In a multi-objective problem, there often exists a conflict among the objectives. Therefore, finding the best compromise solution for a multi-objective problem is a very important task. To deal with this issue, a set of optimal non-dominated solutions known as Pareto-optimal solutions is found instead of only one optimal solution. The Pareto optimal front of a multi-objective problem provides decision makers several options for making decision. The best compromise solution will be determined from the obtained non-dominated optimal solution. In this paper, the best compromise solution from the Pareto-optimal front is found using fuzzy satisfying method [18]. The fuzzy goal is represented in linear membership function as follows:

For each k non-dominated solution, the membership function is normalized as follows [19]:

The solution that attains the maximum membership μkD in the fuzzy set is chosen as the ‘best’ solution based on cardinal priority ranking:

The proposed ALHN based method has been tested on four hydrothermal systems. The algorithm of ALHN is implemented in Matlab 7.2 programming language and executed on an Intel 2.0 GHz PC. For termination criteria, the maximum tolerance ε is set to 10−5 for economic dispatch and emission dispatches and to 5×10−5 for determination of the best compromise solution.

For this system, each of the four objectives is individually optimized. The results obtained by the proposed ALHN for each case is given in Table 4. The minimum total cost and emission from the proposed ALHN is compared to those from BFA [2] in Table 5. In all cases, the proposed ALHN method can obtain better solution than BFA except for the case of CO2 emission individual optimization.

Table 4.Total cost and emission for each individual objective minimization

Table 5.Result comparison for individual minimization of each objective

4.2 Determination of the best compromise solution

Table 7.The best compromise solutions for Case 1 with two objectives 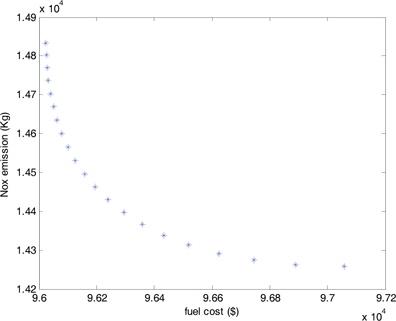 Fig. 1.Pareto-optimal front for fuel cost and NOx emission in Sub-case 1 of Case 1 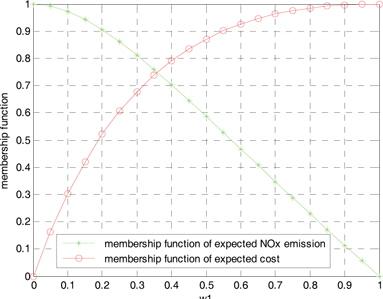 Table 8.The best compromise solutions for Case 2 with three objectives

Table 9.The best compromise solutions for Case 3 with four objectives