Clustering methods are very useful in many fields such as data mining, classification, and object recognition. Both the supervised and unsupervised grouping approaches can classify a series of sample data with a predefined or automatically assigned cluster number. However, there is no constraint on the number of elements for each cluster. Numbers of cluster members for each cluster obtained from clustering schemes are usually random. Thus, some clusters possess a large number of elements whereas others only have a few members. In some areas such as logistics management, a fixed number of members are preferred for each cluster or logistic center. Consequently, it is necessary to design a clustering method that can automatically adjust the number of group elements. In this paper, a k-means based clustering method with a fixed number of cluster members is proposed. In the proposed method, first, the data samples are clustered using the k-means algorithm. Then, the number of group elements is adjusted by employing a greedy strategy. Experimental results demonstrate that the proposed clustering scheme can classify data samples efficiently for a fixed number of cluster members.

Rapid development in information technology in the last few decades has led to increased digital data which are widely used in many fields such as medical science, military, banking, manufacture, and logistics [1-6]. Consequently, automatically processing a large amount of information is essential. Thus far, many information-processing algorithms have been proposed and considerably benefited people [7-8]. Among these algorithms, clustering methods, which are one of popular techniques, are being widely used in data mining, object classification, pattern recognition, machine learning, image analysis, information retrieval and bioinformatics [9-15]. There are two types of clustering approaches: the supervised algorithm and the unsupervised algorithm [16]. For supervised clustering, the category of each sample should be known in advance, whereas this is not required for the unsupervised clustering scheme.

In this paper, we propose a k-means based clustering method with fixed number of cluster members. First, the data samples or patterns extracted from objects are grouped into k categories using the k-means clustering algorithm [17-18]. Then, the number of cluster members is adjusted to satisfy the required number using the greedy strategy [19]. The adjustment procedure is the key step for the proposed clustering method and is explained in detail in section 3. In addition, we show improvement of the work present in [27]. The biggest difference between the proposed method and that in [27] is the adjustment order for the original clusters obtained with k-means algorithm. In [27], the cluster with minimum members is firstly selected to adjust its members at each iteration. In this paper, however, we adjust the cluster that its cluster center point is on the convex hull which contain all of the unadjusted cluster center points at each iteration. When there are only two clusters, the two methods would lead to the same results. But, the proposed method will be superior to that in [27] when more than two clusters are existed. We demonstrate that our method can achieve good results when the number of cluster members is pre-defined and can result in better performance than that in[27].

K-means [17-19] is a robust clustering method and has been successfully used in image segmentation, object classification, pattern recognition, data mining and logistics management [20-24]. Hugo Steinhaus first presented the idea of kmeans in 1957 and the standard k-means algorithm was proposed by Stuart Lloyd in 1957. However, the term “k-means” was first used by James MacQueen in 1967 [25-27]. It is one of the simplest yet robust deterministic clustering algorithms, which aims to partition N observations or data samples into k user-defined clusters where each observation belongs to the cluster with the nearest mean that is regarded as a prototype of the corresponding cluster [27-28]. The flowchart of the well known k-means approach achieved by Stuart Lloyd is presented in Fig. 1. 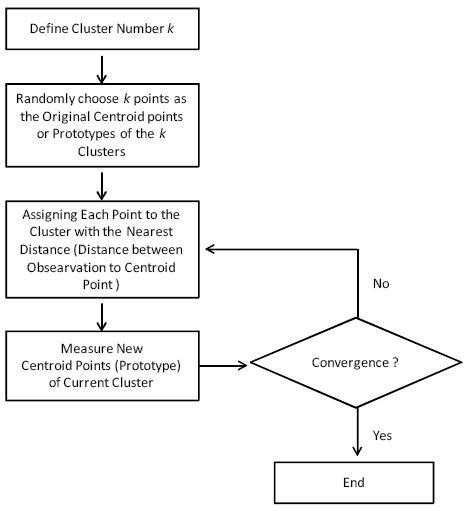 where k is the cluster number, Si is the set including the corresponding cluster member of the ith cluster, μi is the mean value of observations in the ith cluster and is used to denote the prototype of the ith cluster, and d2(xj, μi) is the distance between the sample xi and centroid point μi. Because k-means algorithms are highly dependent on the initial cluster centroids, Eq. (1) will always converge to a local minimum value. In order to achieve a better minimum result, the k-means algorithm can be conducted repeatedly and the minimum within-cluster sum of squares can be chosen. Moreover, the third and fourth step in Fig. 1 can be expressed as Eq. (2) and Eq. (3) respectively [27-28]:

where (t) denotes the tth iteration and represents the number of members in the ith set. Here, each point xp is only allotted to exactly one cluster Si even if the point xp achieves the same distance as that of more than one centroid points in the k clusters.

3. PROCEDURES OF THE PROPOSED CLUSTERING METHOD

Based on description of the k-means algorithm in section 2, note that the number of members in each cluster is not fixed but random after implementing k-means. However, in some cases, a fixed number of elements in each category are expected. For example, when k-means is used to group N observations into two clusters and each cluster contains N/2 members, the conventional k-means fails because it cannot adjust the cluster elements as per the user’s requirement. In this section, a k-means based clustering method with a management when the number of group elements needs to be adjusted to satisfy a predefined number. The procedure for the proposed clustering method is described as follows:

step 4: The current number of elements in the jth cluster is nj and the desired number of elements is aj. In this step, we have to determine whether this cluster needs to recruit new members or it has to discard redundant elements. This decision can be taken easily by comparing nj with aj. If nj-aj>0, the jth cluster needs to discard nj-aj elements. If nj-aj<0, aj-nj new members should be recruited into the jth cluster. Of course, when nj-aj=0, it is unnecessary to adjust the cluster element. Here, the recruitment and discard process is designed as follows. Both the recruitment and discard process represent the greedy strategy because they attempt to minimize the within-cluster sum of squares while adjusting the cluster element at the same time.

Recruitment process: Recruit aj-nj members from the N-nj observation samples (excluding the nj points that are already in the jth cluster) with the shortest distance criterion. In this paper, the Euclidean distance is employed although other distance measurement methods such as the Minkowski and Cityblock distance can also be adopted. Thus, aj-nj points that are nearest to μj are recruited into the jth cluster from other clusters to satisfy the desired number of cluster members. Here, μj is the centroid point of the jth cluster.

Discard process: The nj-aj elements in the jth cluster will be discarded with the same shortest distance criterion. However, the nj-aj elements that are nearest to the centroid points of other clusters are discarded. It is confusing because one may assume that it is better to discard the nj-aj elements that are farthest to μj which is the centroid point of the current cluster. Nevertheless, this will result in incorrect adjustments and considerably increase the within-cluster sum of squares. This is demonstrated in Fig. 2. When one point needs to be discarded from cluster 2, it is noted that discarding one point (point p in Fig. 2(a)) that is nearest to the other cluster’s (cluster 1 in Fig. 2) centroid points is better than discarding the point (point q) that is farthest to the current cluster’s (cluster 2 in Fig. 2) centroid point. Otherwise, the result will affect the other cluster as showed in Fig. 2(c). It is obvious that the discarded point q in Fig. 2(c) is recruited by cluster 1, which results in poor element distribution in cluster 1 because the elements are considerably dispersive and pass through the elements in cluster 1. On the other hand, discarding point p from cluster 2 as shown in Fig. 2 (b) makes the adjustment reasonable.

step 5: Set k=k-1, N=N-aj, remove aj from set {a1, a2,⋯,ak}, and determine the updated set denoted as {a1, a2,⋯,ak-1}. If k≠1, go to step 1 and continue the adjustment process. Otherwise, terminate the iteration and update all centroid points for new cluster members with a criterion of minimizing the following term [27-28]:

The procedure for the proposed clustering algorithm indicates that this method can be implemented recursively thus making the implementation convenient and efficient. The pseudo code for the k-means based clustering method with fixed cluster members is presented in Fig. 3. In Fig. 3, N=N-aj means the remaining unadjusted data. That is, the recursion does k-means only on the remaining data after taking out the data points in clusters already adjusted. 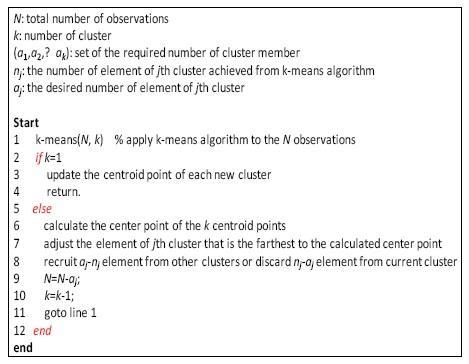 Fig. 3.Pseudo code for the proposed k-means based clustering method.

In this section, a computer simulation is conducted to demonstrate the feasibility of the kmeans based clustering method with a fixed number of cluster members. Concurrently, we compare our results with that present in [27] leading to arbitrary results in some cases. The main difference between the proposed k-means based method and the one in [27] is that the manner in which the first cluster is selected where the cluster member should be initially adjusted in each iteration. For clustering with only two clusters, the two approaches will achieve the same clustering results. However, when the number of clusters is more than two, the method in [27] produces problems in some cases. Consequently, the simulation in this paper is executed with two types of clusters: One with two clusters and the other with three clusters. Fig. 4 shows the clustering results with two clusters. The number of cluster members is 20 and 40 which are obtained using the conventional k-means algorithm whereas the total number of data samples is 60, which are randomly generated. Here, the sample data are generated from two groups that follow Gaussian distribution. Fig. 4(c) and 4(d) show the clustering results when the number of members for the two clusters is adjusted to occupy 50% and 50% -of the total number of observations with the method in [27] and the proposed method respectively. Fig. 4(e) and 4(f) are the adjustment results when the number of members in the two clusters are adjusted to possess 20% and 80% with the method in [27] and the proposed method, respectively. It is noted that for the adjustment of cluster members with two clusters, the method in [27] and the proposed approach achieve the same acceptable performance. In order to numerically view the results, the sum of within-cluster sum of square [see Eq. (1)] for the two methods [method in [27] and method in this paper] with two clusters are given in Table 1. It is noted from Table 1 that the sums of within-cluster sum of square for the two methods are the same in condition of two clusters. 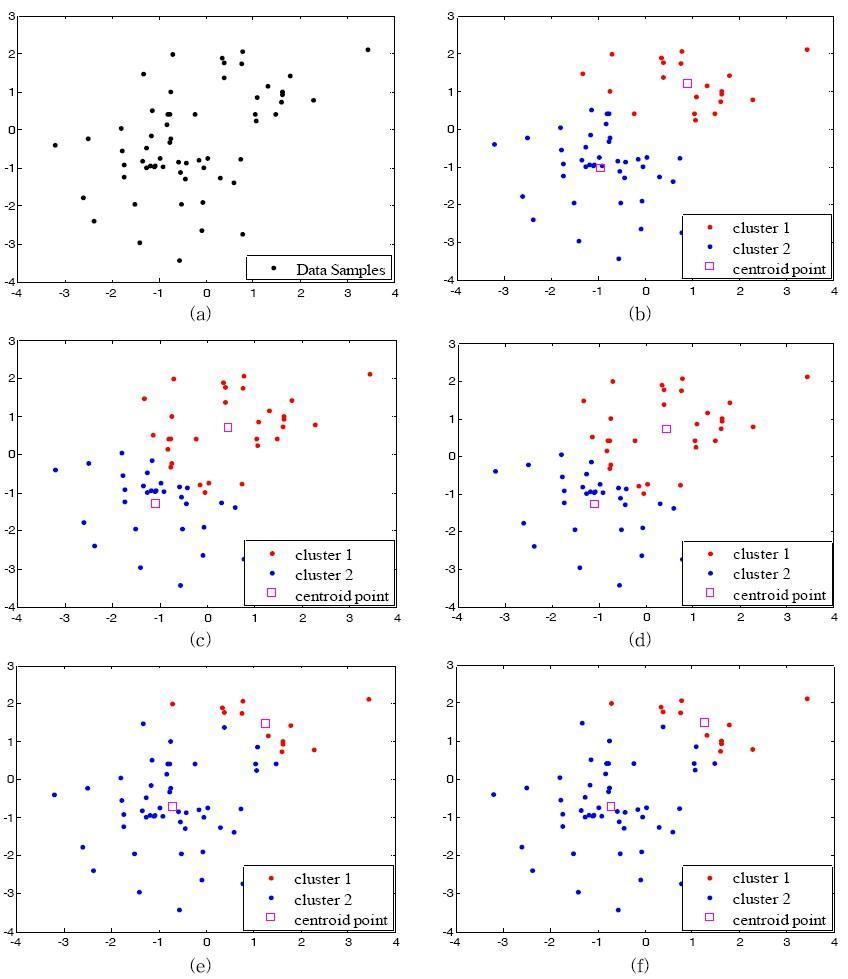 Table 1.Sum of within-cluster sum of square for method in [27] and this new method 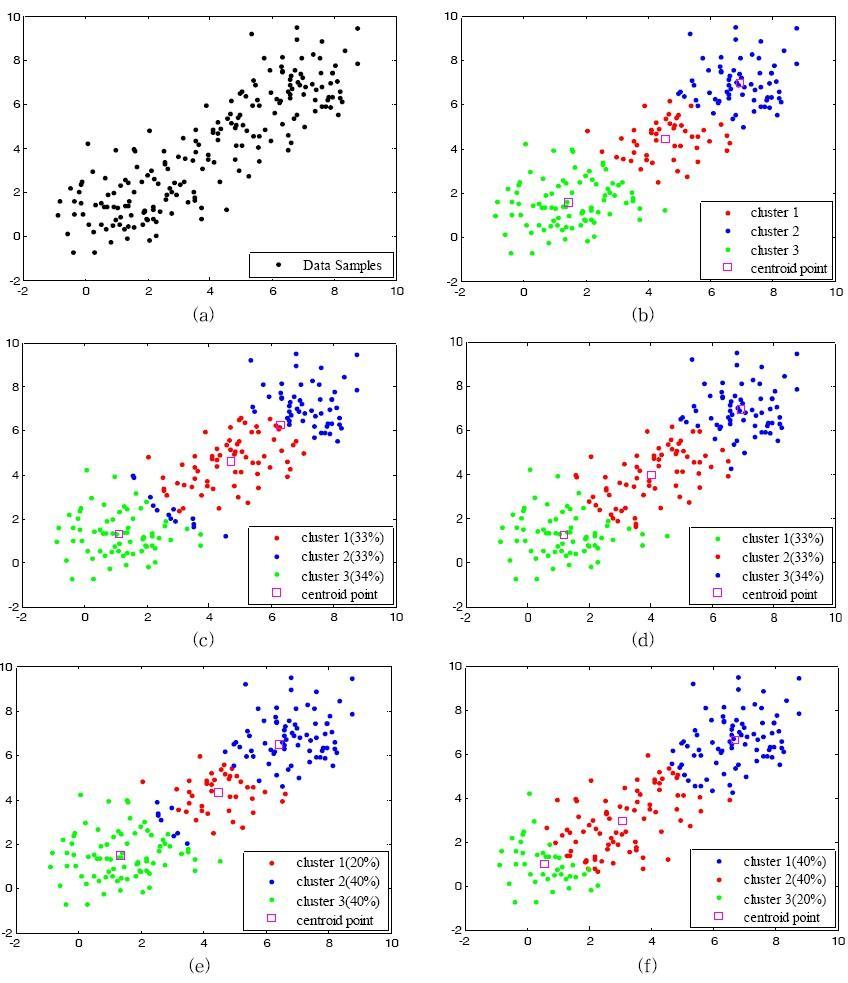 Table 2.Within-cluster sum of square for method in [27] and this new method

In this simulation, each point can be viewed as a city while the centroid point of each cluster can be considered as the logistics center. Sometimes, logistics company need each logistics center to handle business with a fixed number of cities. Thus, the proposed method in this paper can be applied to choose the cities (cluster members) for each cluster. In other words, the number of cities will be random when a simple clustering algorithm such as k-means is applied to all of the cities. Thus, each cluster members need to be adjusted in order to satisfy with the predefined number of cities which are managed by each logistics center. In addition, the proposed method can be helpful to image segmentation, object classification and pattern recognition when some priori knowledges such as the occupation rate of each class of object are known.