This paper presents the torque calculation and parametric analysis of synchronous permanent magnet couplings (SPMCs). Based on a magnetic vector potential, we obtained the analytical magnetic field solutions produced by permanent magnets (PMs). Then, the analytical solutions for a magnetic torque were obtained. All analytical results were extensively validated with the non-linear a two-dimensional (2D) finite element analysis (FEA). In particular, test results such as torque measurements are presented that confirm the analysis. Finally, using the derived analytical magnetic torque solutions, we carried out a parametric analysis to determine the influence of the design parameters on the SPMC's behavior.

Synchronous permanent magnet couplings (SPMCs) are used to transmit torques between two rotating parts without mechanical contact. They are widely used in industrial applications e.g. ammonia pumps and centrifugal pumps for pharmaceutical and chemical industries. In particular, the coaxial type device is suitable for high torque demands. Knowledge regarding the SPMC pull-out torque is very important because this torque acts as an overload protection. Therefore, many researchers have performed torque analyses using finite element (FE) and other analytical methods.

Yonnet et al. [1] developed an analytical model to calculate the torque based on the exerted forces between bar-shaped magnets. Elies and Lemarquand [2] have shown that the optimization of coaxial SPMC using an analytical formula for the tangential force. Charpentier and Lemarquand [3] studied SPMCs with a Halbach magnetization using an analytical formulation. Ravaud et al. [4-5] showed a three-dimensional (3D) torque calculation for a radial magnetized SPMC and comparison of a radial and parallel magnetized permanent magnet (PM) for a single segment. Wu et al. [6] optimized the SPMC calculation using a 3D FE method. Wang et al. [7] determined the optimal design procedures of a radial model using the same method. Earlier studies usually used the radial magnetized PMs for the SPMC because radial magnetized PMs are good for obtaining a high torque, but they are difficult to manufacture. Therefore, this paper employs parallel magnetized PMs, which are easier to fabricate and cheaper than the radial type for SPMCs.

On the other hand, a magnetic field analysis is essential for predicting the torque. In order to accomplish this, the FE method is preferred. However, this method is often time-consuming and has poor flexibility. For this reason, this paper uses a parametric analysis based on analytical torque calculation and experimental testing of a radial flux type SPMC with parallel magnetized PMs. Based on the magnetic vector potential and two-dimensional (2D) polar coordinate system, we derived the analytical solutions for the magnetic fields produced by interaction between the leading and following PMs. Then, the magnetic torque was calculated using the magnetic field solutions and Maxwell stress tensor. The analytical results are in good agreement with those obtained from the FE analysis (FEA) and experimental results. Finally, based on analytical torque solutions, the influence of the various design parameters on the SPMC performances is investigated and discussed.

Fig. 1 shows the structure of a SPMC with parallel magnetized PMs. If the inner or outer rotor rotates, the other one follows due to the interaction between the inner and outer PMs. When a torque that exceeds the SPMC pull-out torque is applied, a slip occurs to protect the coupled machine or device from damage.

Fig. 2 shows the analytical model of a SPMC that is composed of two polar coordinate systems: ( r,α,z ) axis for the outer rotor and ( R,θ,Z ) axis for the inner rotor. The gap between these axes is expressed as a θa and represents the relative angular shift. The symbols u, v, w, and x represent the inner rotor internal and external radiuses, and outer rotor internal and external radiuses, respectively. In addition, αp is the angular length of a pole and is expressed by the number of pole pairs (p):αp = π/p. The region is confined to 3 regions: (I) inner PMs, (II) airgap, and (III) outer PMs. In addition, the assumptions for the analytical solutions are as follows:

Fig. 2.Analytical model for the prediction of magnetic fields produced by PMs.

The magnetic flux density in the PM regions (I, III) can be expressed as B = μ0(H +M), where μ0 = 4π ⋅ 10−7 H/m and is the permeability of free space. Applying the curl operator to both sides of this equation yields

The magnetic field intensity (H) term is zero, ∇×H = J = 0 , because there is no free current in this region. The magnetic flux density (B) can be represented using the magnetic vector potential (A), B ≡ ∇×A . Applying the curl operator to both sides of this equation and Coulomb gauge,∇⋅A = 0 leads to

Combining (2) and (3), yields the Poisson and Laplace equations in each region

The magnetic vector potential, A, can be written as

where iz is the axial unit vector. Using (4) and (5), we can derive the magnetic vector potential as it relate to the magnetizations.

The symbols are the coefficients. Using the definition of a magnetic vector potential, the magnetic flux density can be expressed as

Finally, the magnetic flux density can be obtained in each region and direction as

The coefficients in (8) can be derived from the proper boundary conditions and are given in the Appendix.

The interaction between the inner and outer PMs produces a force, F, which can be derived using the Maxwell Stress tensor [9]:

where the angle bracket expression indicates the spatial average of the quantity enclosed by the brackets on α. The character, S, is the bottom surface of the outer PMs, which is expressed as S=2πwl where l is the z-axis directional length of the PMs and the superscript * denotes the complex conjugate. Using this force, the magnetic torque T can be derived as T = w×F .

3. Comparison of Analytical Predictions with Nonlinear FE Calculations and Measurements

For the parametric analysis, the validity of the analytical solutions must be confirmed using other methods such as numerical methods. To do this, 2D FEA and experiment are employed. For this stage, we manufactured a SPMC with parallel magnetized PMs that have the parameter values listed in Table 1. Figs. 4 (a) and (b) show the SPMC test apparatus for the pull-out torque measurements and a manufactured SPMC, respectively. Fig. 5 shows the magnetic field distributions obtained from the 2D FEA when θa is 0°, 45°, and 90°. The influence of the relative angular shift between inner and outer rotor on the magnetic field distributions can be determined using this technique.

Fig. 4.Photograph of the (a) test apparatus for the torque measurements and (b) manufactured SPMC.

Fig. 6 shows the comparison of the analytical calculations with the 2D FEA for the magnetic flux density when θa is (a) 0°, (b) 45°, and (c) 90° at r = w, and (d) produced torque. It can be observed that the magnetic field distribution and torque vary with the angular position. The analytical results are in good agreement with the 2D FEA. Table 2 shows the comparison between the analytical and measured results for the pull-out torque of the SPMC. As expected, the analytical torque results are in good agreement with the measured results. The error seems to be caused by leakage flux and manufacturing process error. 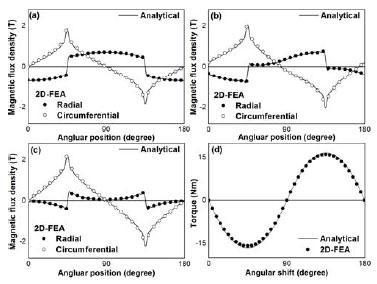 Table 2.Comparison between the analytical and measured results for the pull-out torque of the SPMC.

The analytical torque solutions were used to investigate the influence of the design parameters on SPMC torque. The initial parameter values are listed in Table 3. Here, PM thickness ratio is defined as the inner PM thickness divided by the outer PM thickness.

All the parameters except for the air gap length and number of pole pairs were fixed. The variations in the calculated magnetic torque with respect to the air gap length for various numbers of pole-pairs are shown in Fig. 7 (b). It was observed that for each pole-pair number, the pull-out torque decreases, as the air-gap length increases. In particular, the 2 pole-pairs model has smaller torque sensitivity according to air gap length than the other models.

Here, the air gap length and pole arc ratio values are fixed. The variations between the calculated magnetic torque with respect to the PM thickness ratio for various numbers of pole-pairs are shown in Fig. 7 (d). It can be observed that the optimal ratio is directly proportional to the number of pole pairs. In addition, if the SPMC is manufactured with a 1 pole arc ratio, the 4 pole-pairs model is dominant.

Analytical magnetic field calculation techniques for a SPMC have been developed. Based on the magnetic vector potential and 2D polar coordinate system, the analytical solutions for a magnetic field produced by PMs have been presented. In addition, the magnetic torque has been calculated using the magnetic field solutions and Maxwell stress tensor. The predicted pull-out torque results are in good agreement with the nonlinear FEA results and measurements. Finally, the influence of various design parameters on the performance of the SPMCs has been investigated using torque calculations. The analytical method proposed here should be very useful in initial design and optimization process of SPMCs with parallel magnetized PMs.