Optimization of an electric machine is mainly a nonlinear multi-modal problem. For the optimization of the multi-modal problem, many function calls are required with much consumption of time. To address this problem, this paper proposes a novel hybrid algorithm in which function calls are less than conventional methods. Specifically, the proposed method uses the kriging metamodel and the fill-blank technique to find an approximated solution in a whole problem region. To increase the convergence speed in local peaks, a parallel gradient assisted simplex method is proposed and combined with the kriging meta-model. The correctness and usefulness of the proposed hybrid algorithm is verified through a mathematical test function and applied into the practical optimization as the cogging torque minimization for an interior permanent magnet synchronous machine.

An objective function for the optimization of an electromagnetic machine is mostly nonlinear function and has many peaks. For these optimizations of the nonlinear multi-modal function, many researchers have proposed several techniques such as the auto tuning niching genetic algorithm(ATNGA), and the climb method [1-8].

Ecosystem-inspired optimizations have been widely used for the optimization of the electromagnetic machine [4-15]. These algorithms can find a number of optima, which include the global solution through a large number of function evaluations.

The correctness and usefulness of the proposed KSM is verified through the application into a mathematical test function and a practical electric machine. Via the mathematical test function, the performance of the propose KSM is compared with that of conventional multi-modal optimization algorithms such as an ATNGA and a climbing method. Furthermore, to verify the possibility of the application into the practical electrical machine, the interior permanent magnet synchronous machine (IPMSM) is designed optimally to minimize the cogging torque.

Specification of the KSM according to the step is as follows based on Fig. 1. 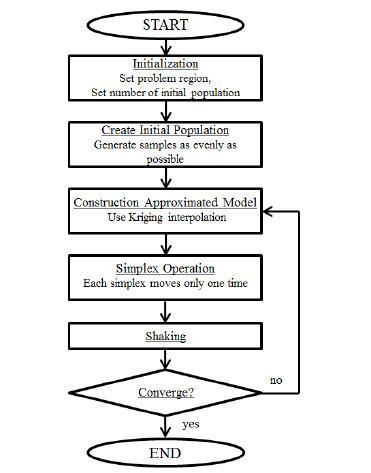 Initialize parameters such as the problem region and the number of initial population for optimization process.

3) Step 2 – Construction of an approximated model

The KSM employs kriging to build an approximated meta-model of the real objective function. 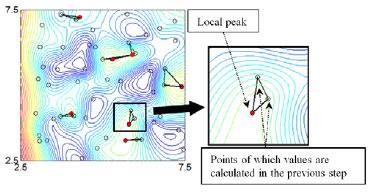 Fig. 3.Construction of the KSM.

To increase the diversity of the solution and prevent converging into the local peak, shaking is conducted in this step. As a result of the shaking, some samples are generated in the region where number of samples are fewer compared to the other regions.

Step 2-Step 4 are repeated until most peaks are not improved any further.

3. Verification of the KSM

The performance of the proposed algorithm was verified via a mathematical problem and applied to a practical optimization problem, which is the optimization of the magnet shape of the rotor and the slot opening of the stator for the IPMSM. 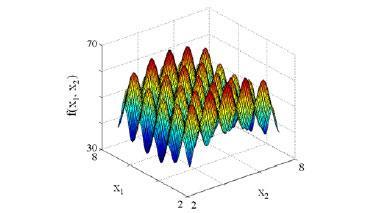 Fig. 4.Test function for the verification of usefulness of the proposed KSM algorithm.

As shown in Fig. 5, low population regions A, B, and C are filled out with dot a, b, and c, respectively, by using fill-blank technique and the surrogate model approaches to the shape of the actual test function as the iteration is increased. Briefly, in the proposed KSM, local peaks are roughly estimated by using the kriging and the fill-blank technique and the gradient assisted simplex method finds each local peak in parallel delicately. 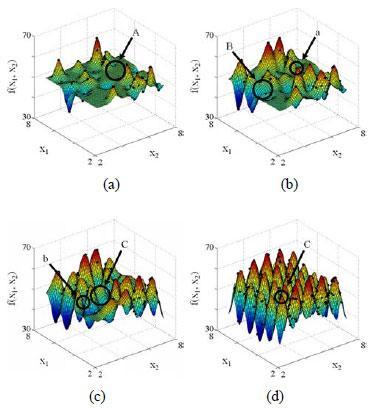 By using the proposed KSM, of which performance is verified via the test function in the part 3.1, the feasibility of the application into the practical machine design is testified as follows.

Recently, IPMSM has received much attention, because the saliency of rotor core makes IPMSM possible to have high-power and high-speed performance by using field weakening control algorithm [17, 18]. Hence, the IPMSM is selected for the practical application of the KSM in this research. 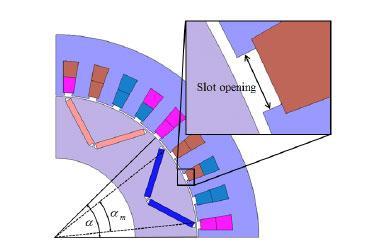 Fig. 6.Design variables: the pole-arc to pole-pitch ratio and the slot opening.

Table 2.Specification of a reference model for the IPMSM 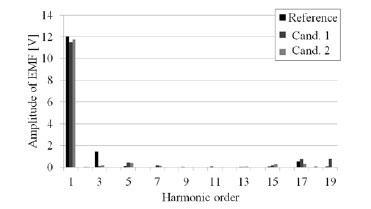 Fig. 7.Comparison of harmonic of back-EMF for the IPMSM. 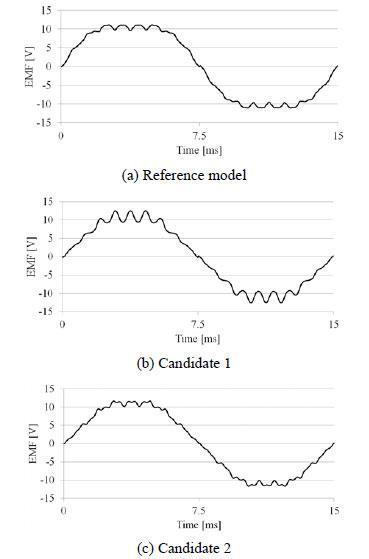 Fig. 8.Comparison of back-EMF waveform of the IPMSM at 1000 rpm.

At the end of the optimization by using KSM, the final meta-model for the cogging torque is obtained as shown in Fig. 9. From this optimization result, Candidate 1 and Candidate 2, of which cogging torque values are small, were selected for candidates. The characteristics of the reference model and the two candidate solutions are compared in Table 3. According to Table 3 and Fig. 10, Candidate 1 seems the best solution from the point of view of the cogging torque. However, Candidate 2 has lower THD and higher amplitude of EMF than that of Candidate 1. These characteristics can guarantee low noise and high performance. Thus, Candidate 2 is selected as the final optimal solution. 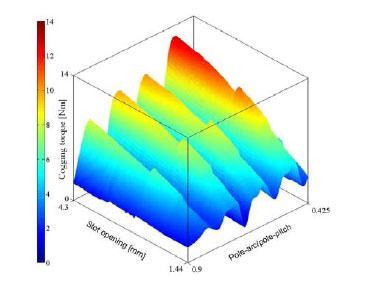 Fig. 9.Calculated meta-model of the cogging torque for IPMSM through the proposed KSM.

Table 3.Comparison of the IPMSM characteristics of the reference model and the optimized candidates 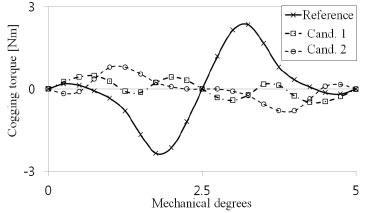 As shown in Fig. 9, the cogging torque is more sensitive to the variation of αm/α compared to the slot opening. The αm/α of the reference model is larger than that of Candidate 2. The slot opening value of reference model and Candidate 2 is similar. From these data, it can be found out that αm/α has main effect on the THD and cogging torque. This finding also can be verified via data shown in Table 3.

In other words, Candidate 2 can generate similar output using less amount of magnet. Furthermore, the noise and torque ripple of Candidate 2 are lower than the reference model due to its lower THD.

The optimal design of the electric machine is mostly a nonlinear multi-modal problem, which requires many function calls and much time consumption to search for the optimum. Hence, this paper has a significant meaning in the sense that the proposed novel hybrid algorithm can mitigate the function call and time consumption compared to conventional multi-modal optimization methods for the optimization of the electric machine.

The proposed novel hybrid method combines the kriging meta-model, the fill-blank technique, and the novel parallel gradient assisted simplex method, which is named as KSM in this paper.

The feasibility of the application of the proposed KSM into an optimal design of the practical electric machine is confirmed through the cogging torque minimization of the IPMSM.