With the augmented strength provided to the operator, the lower limb exoskeleton has received considerable attention from the military and rehabilitation industries over the past several decades [1-4]. The operator can not only walk more easily, but also walk further for less metabolic cost because of the augmented strength from the lower limb exoskeleton. It is important for the lower limb exoskeleton to assist the operator’s movement as soon as possible to achieve this feat. Consequently, many studies have been conducted to detect the operator’s movement intention [5-7]. In particular, many studies investigating the detection of step initiation have been conducted using electromyography (EMG), the center of pressure (COP), the heel-off time and the toe-off time.

The approach using EMG utilizes bio-electrical signals to detect step initiation [8]. This approach can detect step initiation prior to the occurrence of any visible movements and is the fastest approach for detecting step initiation [9- 10]. However, the problems associated with use of the EMG approach, such as low reliability, long calibration time for each person and so on, indicate limitations in the further development of the exoskeleton more with this approach. The robot suit Hybrid Assistive Limb (HAL) utilizes the EMG approach.

The approach using the COP detects the trajectory event of the net COP from the start to release event of the swing leg [11]. It can detect step initiation faster than the toe-off approach. However, this approach is only suitable for helping patients maintain balance during medical therapy or rehabilitation. As a result, it has mainly been applied to human gait analysis for the control of balance.

This study proposes a new approach called as a peak time approach for detecting step initiation faster without using any bio-electrical signals. We analyzed the human gait from a quiet standing position to the first step with motion capture devices, including three force plates. As a result, we found that the vertical ground reaction force (GRF) events respond faster than any kinematic movements. We also found that two particular vertical GRF events occur before any visible movements occur. Using these particular vertical GRF events, we detected step initiation faster than other approaches without using any bio-electrical signals. In addition, we predicted the heel-strike time for the first step, which had no difference between the measured heel-strike time to support our approach.

There are three healthy subjects (three males) with ages of 25, 28 and 24 years old volunteered to participate in this study. Table 1 shows the subjects’ body parameters. The subjects did not have postural problems and gave informed consent approved by the Institutional Review Board of KAIST prior to participating in the experiment. The subjects’ average height and weight were 1.74 ± 0.05 m and 70 ± 7 kg, respectively.

For the detection of heel-off, ankle kinematics was sampled at 200 Hz with motion capture cameras (Motion Analysis, Hawk®). The optical markers were located on the sacral, both sides of the pelvis, both knees, and both ankles. Data from the optical markers were 5th-order Butterworth low-pass filtered with a cutoff frequency of 10 Hz for analysis of the ankle kinematics. The GRF events from the stance phase to the first step were measured using three force plates (AMTI, AccuGait®) at 200 Hz sampling frequency [16]. The GRF data were 5th-order Butterworth low-pass filtered with a cutoff frequency of 30 Hz, and a vector product of the external forces (N) was calculated from the mechanical power (N-m/s) applied by the GRFs [17]. The cutoff frequencies used to filter the optical marker and GRF data, 10 Hz and 30 Hz were optimized to remove noise with consideration of human gait pattern (3~5 Hz for the kinematic data, 10~15 Hz for the GRF data) [16, 18-19]. The system of force plates and motion capture devices used in this study is shown in Fig. 1, while Fig. 2 shows the arrangement of three force plates for this study. 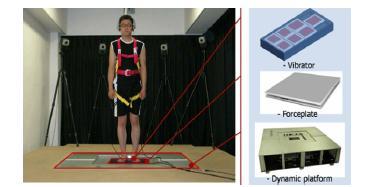 Fig.1.The system of force plates used, which consisted of vibrators, force plates and a dynamic platform [17].

Fig. 2.The arrangement of the three force plates

The subjects stood with both feet on force plates. The subjects started walking with the left foot on a 10-m-long, 1-m-wide walkway, with instructions to walk with their preferred step velocity. The instruction to walk was given to the subjects by the experimenter. The Subjects practiced the measurement protocol sufficiently before measurements were recorded. Each subject performed three trials starting with the left foot, thus, a total of 9 data sets were collected.

We attempted to capture particular events, including the vertical GRFs, the trajectory of the net COP, the heel-off and the toe-off. The vertical GRF events were measured with the force plates. We attempted to capture particular GRF events to determine which approach can detect the step initiation the fastest. The trajectory event of the net COP was calculated from the force plates measurements according to Eq. (1), as follows [11];

To support our approach, we performed regression analysis on the 9 data sets collected to predict the heelstrike time for the first step using Eq. (2) as follows;

where, Ŷi is the first step’s heel strike regression time, xki is the vertical GRF event time, and βk is the regression coefficient, that determines the relationship between yi (the measured first step’s heel-strike time) and Ŷi. εi is the residual between yi and Ŷi defined as the normal distribution N(0, σ2) Meanwhile, βk is calculated using the least squares method, which minimizes the sum of the squares of the residual between yi and Ŷi , according to Eq. (3), as follows;

where, Q is referred to as the sum of the square of the residual between yi and Ŷi. Q can be minimized by taking the derivatives with respect to each of the unknown parameters (βk) setting the resulting expressions (Q) equal to 0, and then simultaneously solving the equations to obtain the parameter estimates βk [20].

We compared the response time between the GRFs and other kinematic movements to determine which approach detected step initiation the fastest with force plates and a motion capture device. As illustrated in Fig. 3 and Table 2, the response time of the GRF was faster than the center of mass (COM), the knee joint whose response was faster than the other joints (the pelvis and ankle), the angle displacement and the angular acceleration. The results clearly indicate that particular GRF events are important measurements that can be utilized to detect step initiation faster than previous approaches. 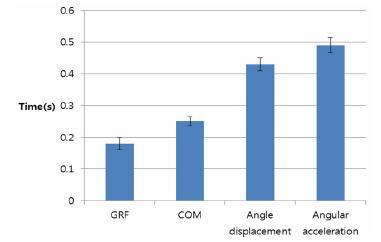 Fig. 3Comparison of the response times between the GRFs and other kinematic movements.

Table 2.The response time of the GRF and other kinematic movements for step initiation 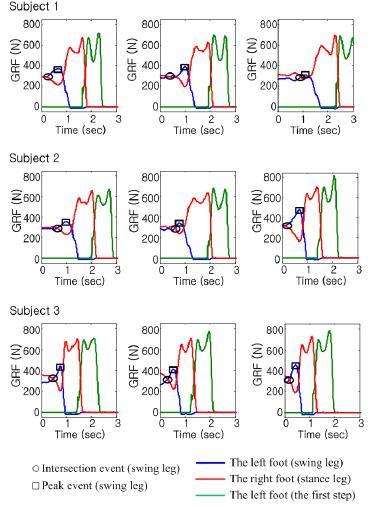 Fig. 4.The vertical GRF patterns for each subject.

Table 3.Comparison of the time to detect step initiation between the peak time (proposed) approach and other approaches. 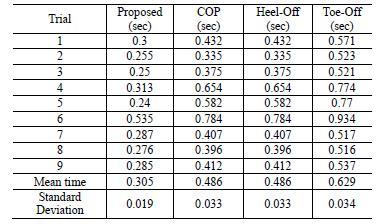 We derived regression equations for each subject using the two vertical GRF events to predict the first step’s heelstrike time as follows;